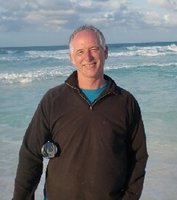 Michael (Mike) Lambertus van Oirschot It is with heavy hearts that we announce the sudden passing of Mike, 60, of Antigonish. He died on August 27, 2018, after a brief battle with cancer. Mike graduated from St. FX with a Geology degree, and spent several decades working in that field. Later, he moved onto Forestry work, as he loved being outdoors and working with his sons. He was an avid sport enthusiast and coach for many different types- hockey, tennis, skiing, golf, and even operating a spacing saw became a sport to him. Mike always valued a job well done and held those that he loved to that same standard. He is survived by his partner, Ashley Fleury, sons: Cameron (Danielle), Brent (Meagan), Colin (Katlyn) and Marcus. Parents: Jo and Ann van Oirschot, and siblings: Ann Marie, Joey (Darlene), Madeline (Joe), Wilhelmina (Greg), Evelyn (Garnet) and Tom (Jane). He was predeceased by his youngest sister Brigitte (in infancy), and brother-in law Jim Tozer. He also leaves behind many nieces and nephews. Not to be forgotten, his beloved dogs Willy and Tuuts. Upon Mike’s request, a short visitation will be held at MacIsaac Funeral Home, 61 Pleasant St., Antigonish, from 2- 4 PM on Friday, August  31. A family celebration will take place at a later date. In lieu of flowers, donations can be made to St. Martha’s Palliative Care Unit or the Canadian Cancer Society www.MacIsaacs.ca