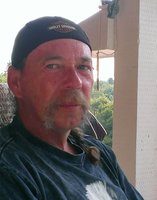 It is with heavy hearts that we announce that on December 5, 2019, Walter Kennedy passed away at the age of 62 after a 9 ½ month battle with Cancer.  Born in Antigonish Nova Scotia, he was the only child of the late Joseph and Barbara (nee Tramble) Kennedy.  Walter will be lovingly remembered by his partner, Linda; his children Ashley (Chris), Calgary AB; Barbara and Michael, both of Antigonish NS; his little little man, grandson Jase, Antigonish NS; Linda’s children Jordan Brailean (Kimberlee), Regina; and Jared Brailean (Chantel), Estevan.  Walter served in the Navy for 6 years, before starting his 25-year career at St. Francis Xavier University, Antigonish NS.  He then embarked on a new career with the Carpenter’s Union as a Scaffolder. This work brought him to Regina, where he then became a proud member of the United Brotherhood of Carpenters and Joiners of America, Local 1985.  With a calm, cool demeanor and a smile that could brighten the cloudiest day, he made friends wherever the road took him.  He will be lovingly remembered and never forgotten. Ride easy, Walter. A celebration of Walter’s life will take place at Speers Funeral Chapel, 2136 College Avenue, Regina, SK on Monday, December 9, 2019 at 1:00 p.m. A second celebration will be held in Antigonish Nova Scotia Tuesday, August 4, 2020, in St Ninian Place, Rev. Donald MacGillivray presiding. Burial to follow in St. Ninian's Cemetery.  Family and friends so wishing may make donations in memoriam to a charity of their choice.