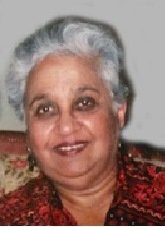 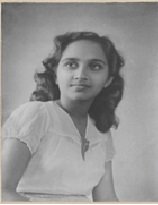 She was a devoted wife, loving mother, grandmother, great grandmother and revered Aunt to her deeply loved nephews and nieces. Amy had  a great zest for life and enjoyed many adventures with friends and family.  She was a talented musician teaching all her children and grandchildren to sing and play the piano. She gave generously of her time and talent serving as a volunteer church organist at St. Paul’s Anglican Church in Antigonish for over two decades.

Amy’s early life in Sri Lanka included meeting Eric at university, getting married and moving around the country as his posts dictated. She was a volunteer and served on the executive of the YWCA in Colombo for many years, and was deeply engaged in developing services for women in Sri Lanka. Family was important to her as well and she would often host all her nephews and nieces over the school holidays creating memories many of them still cherish.

Amy arrived in Antigonish in August 1971 with Eric and their four children. She made sure the family settled into life in Antigonish, with music, church choirs, skating lessons and drives to the ski hill. This from a lady who had never seen a flake of snow in the first 40 years of her life. Over the next several decades Amy enjoyed being the matriarch to her growing family. She loved hosting dinner parties with friends and family, introducing all to the delights of Sri Lankan cuisine. Her holiday meals and tables were wondrous events for family and a never ending supply of guests. She was a generous and welcoming hostess to many students at the Coady International Institute over the years. She imparted to all her children the joy of cooking, gardening and celebrating life with family.  She was the vibrant center of family life and will be greatly missed.

At Amy’s request there will be no visitation, cremation has taken place and a funeral service will be held at 3:00 pm in St. Paul’s Anglican Church, Antigonish on Sunday February 25th, 2018. Interment at a later date. Family flowers only.  Memorial donations would be appreciated to St. Paul’s Anglican Church, Antigonish or to the Iromi Amit Women Leaders Scholarship Fund at the Coady International Institute, St. Francis Xavier University.

We are here to celebrate – not mourn---she lived a long, full and eventful life. Nevertheless, the voice is silent, the stories are to be repeated and her memory to be honoured. We are here in her church -St. Paul’s –named after Saul of Tarsus-- a Roman citizen - which gave him a currency beyond his birthplace in the middle east—just as Amy was a citizen of the British Empire - but proud of her Sinhalese origins though her history is very much that of the Raj: a foot in both camps—so to speak.

She was baptized in St. Stephen’s Church, Negombo- an Anglican church built in a Dutch fort –on the remains of a Portuguese fort on a promontory overlooking the major fishing village on the west coast of Sri Lanka; encapsulating the entire adventure of Ceylon/Sri Lanka over the last 5 centuries.

She was educated at St. John’s Girls School and St. Bridget’s Convent from which also graduated 2 women Prime Ministers of Sri Lanka. Subsequently –she attended the University of Ceylon. Seating for classes was in alphabetical order—and so she found herself seated beside a young man whose last name also began with A—Eric. He shyly escorted her to her bus stop after classes--- but did not reveal to her that he was a champion ballroom dancer. Such is the path of romance.

Amy’s father died shortly after – and she became the de facto head of her family-- of 5 sisters / 1 brother and her Mother. Many have credited her with being the steel rod who supported all and steered them through that difficult time. Interestingly enough , many credit Sri Lanka with the invention of crucible steel –and Amy certainly had it—managing in a world where commonly women were seen and not heard; eventually saying “yes” to Eric –in a marriage which transcended religion, caste and race—she broke all the rules. She was indeed a true pioneer.

Eric was a rising young star in the Ceylon Civil Service and they lived a fairy tale life – in amazing houses all over the country. Their first station was in the same house in which lived Judge Leonard Woolfe of Virginia Woolfe fame—where he collected his material for his book—VILLAGE IN THE JUNGLE. As wife of the Government Agent—she presided over the social functions of various provinces in Sri Lanka—with a staff of inside and outside helpers . When we visited Sri Lanka 25 years ago—it was humbling to see the loyalty and respect that Amy and Eric were greeted with by former staff who had travelled across the island to see them after 20 years of absence.

In Sri Lanka she was very involved with the YWCA and many other organizations working to improve the status of women –in a highly traditional society. Due to political change in Sri Lanka –in 1971 Eric and Amy decided to start anew in Canada-- no servants, no big house, no car – no driver-- in a rented house, in a community where exotic could be defined as not being a MacDonald.

After she arrived, one day she marched off from Mackinnon Street to the Main—with a colourful Japanese parasol on a sunny summers day-- followed by a troop of little boys who had never seen anything like this before. She got most of the way to Main street before one of the boys shyly volunteered – that “ hey lady—it isn’t raining”.

Once here, she threw herself with redoubtable energy into the activities of St. Paul's’ and was the organist here for about 25 years. She was also a mother figure to many students from the Coady Institute-supplementing the somewhat bland fare of |Morrison Hall with fiery Sri Lankan cuisine –more suited to tropical palates from Asia and Africa. 148 Hawthorne Street became a focus for fellowship frolic and food . She did much of this while Eric had the wonderful opportunity to never spend a winter in Canada—while she coped with furnaces, snow, ice and winter driving.

I first met Amy when bringing Minoli to Antigonish on my way to Cape Breton. Then I was more hirsute than I am now—and did look somewhat disreputable. Nevertheless, once my genealogy had been parsed - I was deemed suitable-- as was the done for Peter and Andrew. One had to be careful though-- in 1978-- Minoli and I went to Sri Lanka for a holiday-- and Amy taught me a number of Sinhalese phrases. When I tried them out—I was generally greeted with somewhat startled expressions – and I am still not sure what these really meant.

As the family grew—Amy presided over the clan with with grace and definite authority. Definite authority. Grandchildren were subjected to music lessons, formal teas, recitation lessons and taught the finer points of genteel deportment. She had a huge zest for life, a sense of adventure and fun—and we were often subjected to her humour and some singularly memorable experiences. She presided and organized family events and ensured that each person had a role –from Christmas concerts, to birthday parties, graduations and such -- she was the central figure in our family life.

Let us then, remember Amy for her fidelity to family, her generosity, and her willingness to take the path untaken—for that has made all the difference.