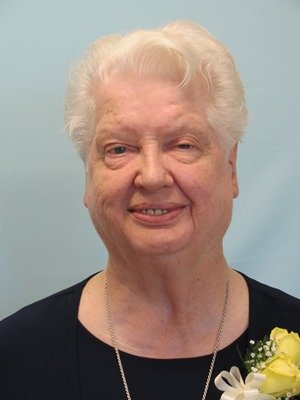 Keough, Sister Maria Pius, 83, a Sister of St. Martha of Antigonish, died at Strait Richmond Hospital, Evanston, NS, on, Monday, May 14, 2018 in the 65th year of her religious life.

Born in Whitney Pier, Cape Breton, NS, and baptized Mary Hannah, she was the daughter of the late Andrew Joseph and Hannah Mary (Ryan) Keough.

For many years Sister Maria Pius lived with mental illness, and the stigma that goes with it.  Her suffering was lived out in the context of her deep and unwavering faith in God.  Her life of prayer was intentional, and constant, the fruits of which were evident in the many ways she reached out to those who also lived with mental illness.  Her unique sense of humour, and depth of wisdom was a source of support to many.  She lived her life with courage, faith, and determination.

For the last few years Sister Maria Pius lived at the Port Hawkesbury Nursing Home, where she received excellent care in a compassionate environment.  The Sisters of St. Martha are grateful to all who provided care for Sister Maria Pius over these years.  Although living away from her Martha Community, she was very connected to her Martha Sisters, and they to her, through regular visits.  This meant a lot to Sister Maria Pius.