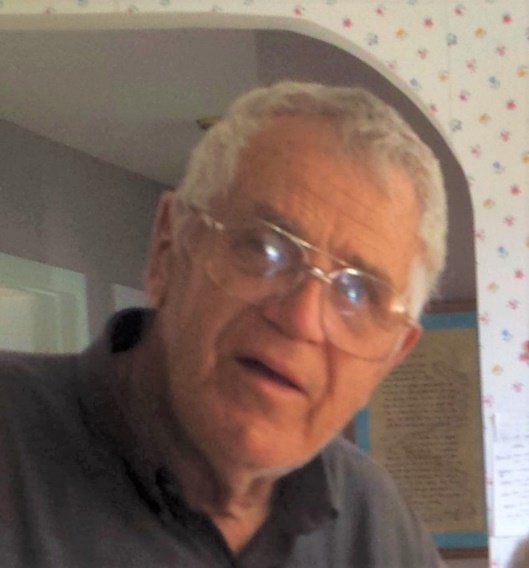 Doug passed away peacefully at home in Antigonish, on July 21 with his wife and daughters by his side while listening to his favourite music.  He is survived by his loving wife, Berndette  and his five daughters, Brenda (Brian Axford) Comox, BC; Karen (Barry Morris) Calgary, AB; Emily (Rick Delaney) Brooklin, ON; Lori (Mike Connors) Mississauga, ON; and Donna (Jean-Claude Landry) Orleans, ON as well as six grandchildren.  (Ashlee, Sarah-Ann, Audrey, Samantha, Nicole, and Joshua).

Doug met Berndette when he was walking down the street with a friend.  He looked up, saw her through the window of the CN Telegraph office and said to himself that he would marry her one day.  He did and together they raised five daughters.  He was a member of Local 244 Plumber/Pipefitters union.  He often worked on construction sites away from home and encouraged his daughters to get an education and a good job even though it took them away from Nova Scotia.

After he retired, Doug enjoyed going to sporting events at St.F.X.U., fishing at the wharf, working on his model boats or other wood working projects, going for drives in the evenings with Berndette and spending time with his friends over coffee at McDonald’s.   He did a bit of traveling visiting his daughters in Ontario, Alberta and British Columbia. Visitation 2-4 and 7-9 pm Monday, July 23 in MacIsaac Funeral Home, 61 Pleasant St., Antigonish. Funeral Mass 11:00am Tuesday July 24, 2018 in St. Ninian’s Cathedral, Rev. Donald MacGillivray presiding. Burial in the Parish Cemetery. In lieu of flowers, donations can be made

to the St. Martha’s Palliative Care, EHS or the Heart and Stroke Foundation.

Share Your Memory of
Douglas
Upload Your Memory View All Memories
Be the first to upload a memory!
Share A Memory
Plant a Tree