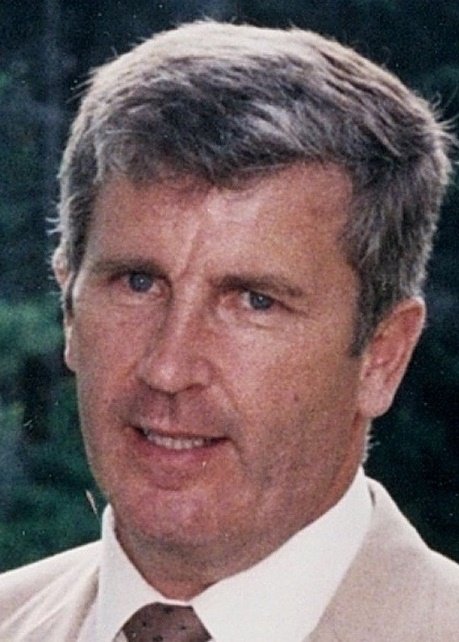 It is with sadness the family announces the passing of Tom in the comfort of his home in Antigonish, NS on September 12, 2018 at the age of 77 after a courageous and lengthy battle with cancer. Tom was born in Antigonish, NS on October 1, 1940 to the late Duncan and Christina (Kennedy) Kiely. Tom is survived by his partner Gwen Baker, his children Mary (Angus) MacGillivray, Antigonish, NS, Linda (Paul) Kempster, Halifax, NS and Bob (Kathleen) Fredericton, NB and grandchildren Andrew and Christina Kempster, Jamie, Therese and Steven MacGillivray and Alexondra, Grace and Dekker Kiely and brothers Duncan and Hugh. He is predeceased by his wife of 48 years Theresa (Barry) and brothers Jimmy, Russell, Billy and Bobby.

Tom grew up with his 7 brothers in Southside Harbour, NS and graduated from Maritime Forest Ranger School in 1961 in Fredericton, NB and worked as a Forest Ranger for NS Lands & Forest for 5 years and then joined the Department of Fisheries & Oceans. Tom spent 30 years working with DFO starting as a fishery officer and then to Chief of Conservation & Protection, receiving an award of commendation from the Minister for his exemplary work to the Public Service in 1995. Aside from enjoying time with his kids and grandchildren, Tom was an avid sports fan and volunteered as President of Antigonish Minor Hockey Assoc, President of the Jr A & B Bulldogs, President of the Maritime Jr A Hockey League and in 2014 received a Hockey Canada Award of Merit. He was an active member of The Blueberry Producers Association of NS.

Tom’s family would like to thank the palliative care team (Francis Chisholm and Dr. MacKenzie), VON, Antigonish Area Homemakers and St. Martha’s Hospital for all their care and support. Visitation 2-4 and 7-9 pm Sunday, September 16 in MacIsaac Funeral Home, 61 Pleasant St., Antigonish. Funeral Mass 11:00 am Monday, September 17 in St. Ninian’s Cathedral, Rev. Donald MacGillivray presiding. Burial in the parish cemetery. Donations can be made to Canadian Cancer Society or Jumpstart.

Share Your Memory of
Thomas
Upload Your Memory View All Memories
Be the first to upload a memory!
Share A Memory
Plant a Tree