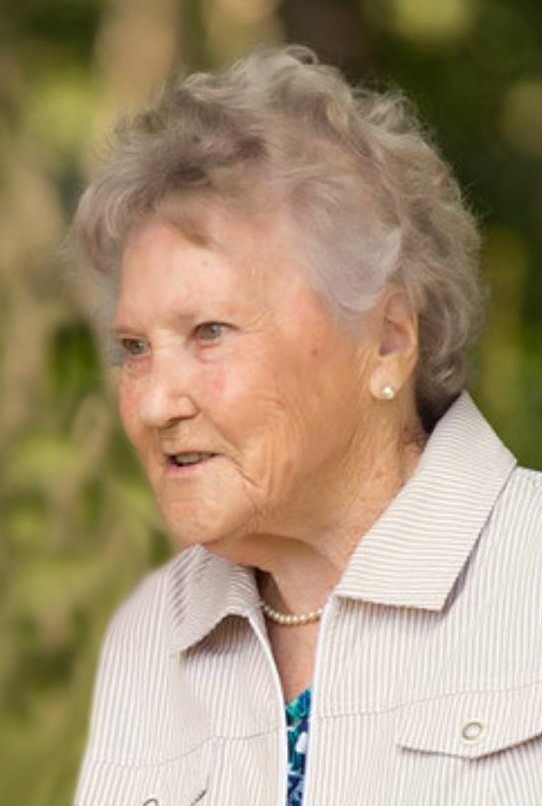 Gillis, Mary Elizabeth, with broken hearts and a profound sense of loss, the family of Mary Gillis, 93, of St. Ninian Street, Antigonish, announce her peaceful passing on November 28, 2018 at home.

Mary, a woman of enduing faith, was born August 2, 1925 in Ballantyne's Cove. She was a daughter of the late Sandy Malcolm and Mary Kate (MacDougall) MacEachern. She was a lifetime member of St. Ninian's CWL, an avid fan of the Antigonish Jr. Bulldogs and the Toronto Maple Leafs.

Mary and her late husband, Ronald, ran the Antigonish County Jail for 30 years. It was here where Mary spent countless hours and many sleepless nights making meals and caring for the unfortunates in her charge. Many times using her own personal money to buy them the necessities they couldn't afford. All while raising eight children of her own and never with a complaint or a concern for herself.

In her later years she found great joy in her grandchildren and great-grandchildren and everything they achieved, she was always so proud of them. Her grandchildren were always in her prayers for no hardships to fall on them, even if it was only a test or exam. There were many sleepovers at Grammies. She loved to sit and knit mittens for immediate and extended family, which included children from all across the county. Mary's hospitality was evident in that her door was always open and her family gathered daily to visit and enjoy a home cooked meal and her company.

There will be no visitation. Funeral mass will be held Saturday, December 1, 2018 at 1:00 pm in St. Ninian's Cathedral, Rev. Donald MacGillivray officiating. Donations may be made to Ewings Cancer Foundation of Canada Endowment Fund.