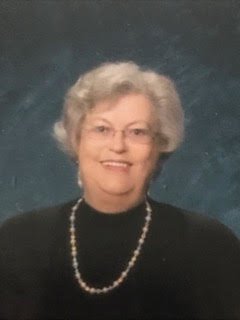 Our hearts are heavy for the loss of our mother, grandmother, sister and friend to so many.

Anne graduated from the Halifax Infirmary School of Nursing.  She started her nursing career in Montreal, continued in Regina and Halifax and ended in Antigonish where she “retired”. Nursing was her gift and she continued to care for anyone and everyone who needed it long after she had stopped working.

She regularly attended church at St. Ninian’s Cathedral and was a member of the CWL. Anne had also been on the executive board of Naomi Society as treasurer for many years.

Anne could tell stories and had a kind, gentle sense of humour. She adored her gardens and everyone else’s. Hours would be spent with her closest family and friends and crocheting, knitting, needlepointing, tatting, crafting, talking, laughing and drinking tea. Her favorite time of year was Christmas and every decoration she had would be pulled out and set up for everyone in Antigonish to drive by and enjoy. Bingo was one of her favourite activities but her newest hobby was bowling with her own set of bowling balls. She loved traveling all over with friends and family members closest to her heart. When they travelled to Scotland she was welcomed with open arms and it made her heart sing to be there. She felt this was her home away from home.

Her greatest love was her grandchildren. She was the proudest grandmother of their accomplishments great or small and always at the ready with her photos.

Visitation will be Thursday December 27th held from 3-5p.m. and 7-9p.m at MacIsaac’s Funeral Home, 61 Pleasant St., Antigonish. Funeral Mass to be held December 28th at 11:00 am in St. Ninian’s Cathedral with Rev. Donald MacGillivary presiding.

Donations in memory of Anne may be made to Naomi Society or St. Martha’s Hospital or to a charity of the donor’s preference.

Share Your Memory of
Anne
Upload Your Memory View All Memories
Be the first to upload a memory!
Share A Memory
Plant a Tree