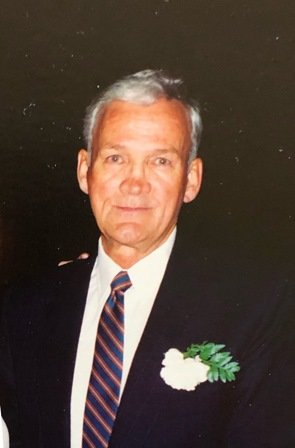 It is with great sadness that we, the family, announce the sudden passing of our loving husband, father, grandfather, teacher and friend, Ed Murrin, of Antigonish. Despite the heroic efforts of local EMT responders, Ed passed away at home on Friday, February 8, 2019.

Born in Glace Bay, Nova Scotia on December 15, 1930, the eldest son of Dan and Bessie (MacDonald) Murrin, Ed was educated at St. Anthony’s and St. Anne’s High School, followed by St. F.X. University, where he played hockey with the fabled X-Men of the early fifties. He was proud to be inducted, along with his teammates, into the St.FX Sports Hall of Fame, and the Nova Scotia Sports Hall of Fame.

Eddie was active in many other sports such as swimming, golfing, volleyball, sailing, and baseball, both playing and coaching. After receiving his B.Ed he embarked on a thirty-five year teaching and administration career. He served as President of both the Nova Scotia Math Teachers Association and the Nova Scotia School Administrators Association. Ed was very humbled to learn of the impact he had on the lives of his many students throughout the years, who often stopped to say thanks.

Dad was a proud Cape Bretoner who loved a good cup of tea and a bad pun! Even into his eighties, Ed was always surprising us with new stories of his many adventures. We will miss him dearly.

As Dad would say, “See you tomorrow, and keep your stick on the ice”.

Share Your Memory of
Edward
Upload Your Memory View All Memories
Be the first to upload a memory!
Share A Memory
Plant a Tree