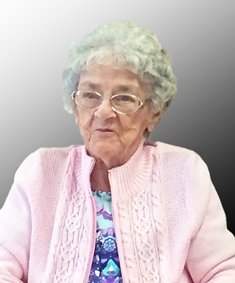 It is with heavy hearts, we the family of Kathleen ‘Kay’ Smith announce her passing on March 7th, 2019, peacefully and surrounded by love at the Cove Guest Home in Sydney, NS.

Kay was born on March 17th, 1937 to Burton and Bretta Kaiser of Port Bickerton, NS but called Williams Point, Antigonish her home for many years.

She married Jack ‘Jackie’ Smith and built a cozy home filled with children, animals, radio tunes and even a few card games around the kitchen table.

Kay had a very special love for all animals, and animals certainly loved her back. After moving into the Cove it was said that one of the resident cats who would not so much as let a person pat it, was found curled up sleeping in Kay’s lap.

A special thank you to the wonderful and devoted staff at the Cove for making Mom feel like home the past 11 years, and to Betty and Donna of New Dawn Homecare for the kindness and love you showed Mom while caring for her.

Memorial donations may be made to the Alzheimer Society of Nova Scotia or to a local animal charity of your choosing. www.MacIsaacs.ca

Share Your Memory of
Kathleen
Upload Your Memory View All Memories
Be the first to upload a memory!
Share A Memory
Plant a Tree