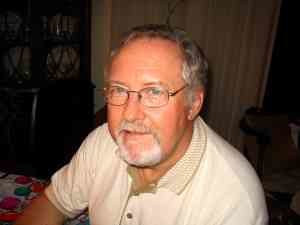 It is with heavy hearts that Bob’s family wishes to announce his sudden and unexpected passing at home on Tuesday, July 9th.

Born in Canso in 1943, he was the son of the late Harry and Dorothy (Eustace) Pembroke.

Bob graduated from St. FX University with his BA and BEd degrees and from St. Mary’s with his MEd.  He also did post-graduate work at UNB.  Bob taught at Dartmouth High School for 30 years, retiring in 1995.  His last 14 years of teaching were as English Department Head.

In his retirement, Bob spent as much time as possible at the family cottage in Bayfield, Nova Scotia; his spiritual home.

He is survived by his wife of 53 years, Joyce (MacIsaac), daughter and son-in-law, Johneen and Ray Kelly, and his beloved granddaughter, Clare Kelly.  He is also survived by his sister, Betty MacInnis (Antigonish), as well as numerous nieces, nephews and cousins.  He was predeceased by his parents and sister, Mary Morrow, and brother-in-law, RJ MacInnis.

As was his wish, the body has been cremated.  A visitation will be held on Thursday, July 18th, from 2-4 p.m. in St. Andrews Presbyterian Church, School St., Dartmouth.  No flowers by request.  Donations in his memory may be made to the HomeBridge Youth Society.

Share Your Memory of
Bob
Upload Your Memory View All Memories
Be the first to upload a memory!
Share A Memory
Plant a Tree