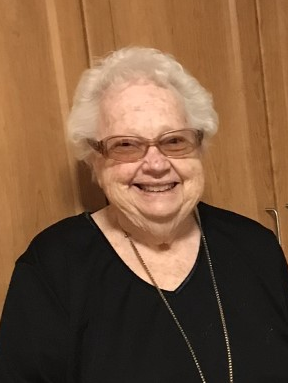 Age 87 of Antigonish passed away peacefully August 6, 2019 at the R.K MacDonald Nursing Home.  She was born to the late George and Mable (Turnbull) Barter on March 31, 1932.  She is predeceased by her husband John Pike and former husband Angus Cameron, as well as brothers Walter, George, Stan, Allister, John, William and sisters Ruth and Margaret.  She is survived by sisters Vera Stewart and Muriel Ross.

Sweet and stoic by nature, Chrissie enjoyed skating and swimming across Lochaber Lake, watching baseball, reading and spending time with her family. She developed a recent love and appreciation for art and participated avidly with the arts, music and other resident programs at the RK. Chrissie pocessed a deep appreciation for all Veterans who served our Country including her brothers and late husband John Pike. A special thank you to the wonderful staff at the R.K. MacDonald Nursing Home who were kind, caring and always compassionate to Chrissie.

A service will be held Monday August 12, 2019 at 2:00 pm in the Lochaber United Church with Rev. Doug Stewart officiating; reception to follow at the Lochaber Community Centre.  In lieu of flowers a donation can be made to a charity of your choice. www.MacIsaacs.ca

Share Your Memory of
Christina
Upload Your Memory View All Memories
Be the first to upload a memory!
Share A Memory
Plant a Tree