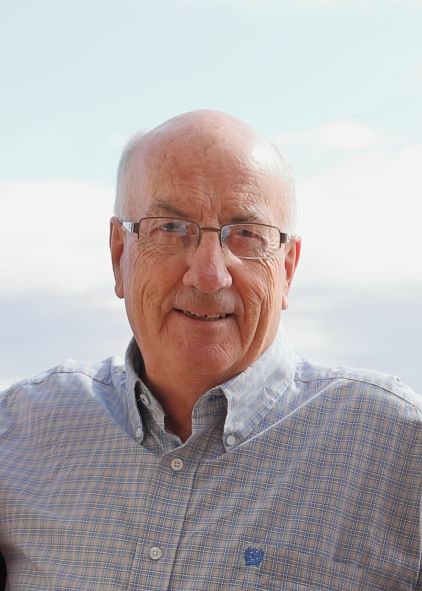 Alexander (“Alex”) MacDonald Chisholm, aged 75, passed away suddenly September 5 2019. Born in North Sydney, the son of Marguerite and Raymond Hickey, he was adopted by Mary and Duncan (“Big Colin”) Chisholm of Antigonish. Alex was predeceased by his first wife, Lillian Elizabeth (“Betty”; née Bisson). He is survived by his loving wife, Marion Anne (previously MacPhie; née Anstey); his children, Mary Elizabeth (Kyle), Terri (Rick) and Paul (Angela); step-daughters, Patti (Rich), Donna and Dale (Marc); grandchildren, Ridley Chisholm, Kieran and Brenna Nott and Isabella MacMullin; and siblings, Sheldon, John, Michael and Sharon Hickey. Alex (“the priest”) lived a life of service. Through his years of work at the Bergengren Credit Union in Antigonish, he helped countless people finance their lives. He was awarded the Representative Volunteer of the Year for Nova Scotia in 2008. An avid, self-taught carpenter, Alex built his own home and cottage and assisted friends and family on many projects. Music was a life-long passion, whether singing in the senior choir of St. Ninian’s Cathedral or immersing himself in traditional Celtic music. Words came quickly to Alex, whether in a humorous turn of phrase, a clever retort or an engaging conversation. He will be fondly remembered by family, friends and the community of Antigonish. A Funeral Mass will take place on Tuesday, September 10th at 2pm at St. Ninian’s Cathedral.  Donations may be made to St. Vincent de Paul or a charity of your choosing. www.MacIsaacs.ca

Share Your Memory of
Alexander
Upload Your Memory View All Memories
Be the first to upload a memory!
Share A Memory
Plant a Tree