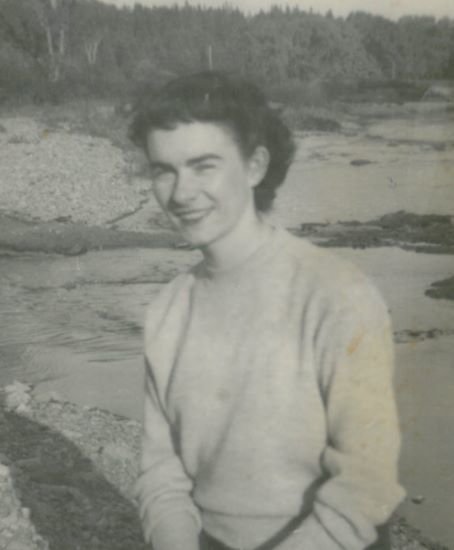 Dorothy Alice Manship, 90, died peacefully on December 1, 2019 at Harbourstone Enhanced Care in Sydney, Nova Scotia. We grieve the loss of our dear mother, grandmother, great-grandmother, sister, aunt and loyal friend.  Born in Albany NY October 12, 1929, she was the daughter of the late Jessie (Bartley) Hanrahan and the late Frank Doyle.

In her younger years, she enjoyed her work in retail in Antigonish and Toronto. In later years, she was a compassionate home care provider to a number of residents in the Sydney area.  She was a proud member of the local Red Cross through which she met several lifetime friends.

Having been raised on a farm in Antigonish County, she developed a love for horses and riding, and all animals. She enjoyed listening to music, and dancing. Her house was always filled with the aromas of soups, stews and baking, especially her rolls and biscuits.

She will be remembered fondly for her kindness, strength, sharp wit and devotion to her family. A strong believer in life-long learning, she encouraged her family to pursue higher education and was an avid reader.

Besides her parents, she was predeceased by her former husband Robert Manship and son-in-law Melvin Talbot; nephews Eugene and Robert Neary, as well as infant Bernie; brother Howard and sisters Miriam, Edna.

Her family extends deep appreciation to the staff at Fisherman’s Cove, and Dr. Stephen Hall, for the wonderful care that Mum received there for more than five years.

Cremation has taken place. A funeral Mass will take place at 11:00 am on Wednesday, December 4 at St. Ninian’s Cathedral in Antigonish, with Fr. Donald MacGillivray presiding. A reception will follow.  Donations may be made to a charity of choice. Memories and condolences may be forwarded to the family by visiting www.MacIsaacs.ca.

Share Your Memory of
Dorothy
Upload Your Memory View All Memories
Be the first to upload a memory!
Share A Memory
Plant a Tree