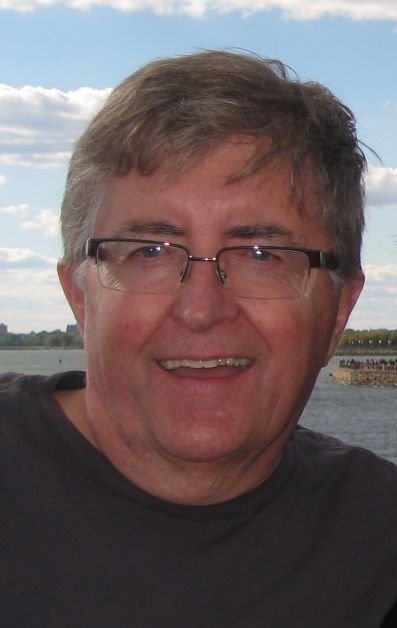 Chisholm, John Alexander “Alex” of Halifax, and formerly Antigonish, passed away at home surrounded by family on February 10, 2020 at the age of 70. He was the son of the late John Valentine Chisholm and Christina Anne “Nena” (MacDonald), and stepson of Elizabeth Rose Chisholm.

He worked in the customs brokerage industry in Toronto, Halifax and Calgary. Upon returning to Nova Scotia, he worked as a commodity tax consultant for various companies and government agencies before beginning perhaps his most rewarding job as a stay at home dad. His last sixteen years before retirement were spent in newspaper distribution as a District Manager for Circulation Management Services.

Alex was the recipient of a donor kidney, a gift for which he was forever grateful. It allowed him the privilege of seeing his sons grow up and graduate from university. He was an avid reader, with a particular interest in history and global politics. His friends and family will miss him dearly, especially for his kind disposition, wit and sense of humour.

Alex is survived by his loving wife of thirty-five years, Karen, and sons John, Michael and James, all of Halifax. Also surviving are his two sisters Pat (Michael) Steele of Philadelphia and Anne Chisholm of Midland, Ontario

Visitation will be held Sunday February 16 from 2 to 4 pm and 7 to 9 pm, in MacIsaac Funeral Home, 61 Pleasant St., Antigonish. Funeral Mass Monday February 17 at 11 am in St. Ninian Cathedral, Rev. John Barry presiding. Burial will be held at a later date. Memorial donations can be made to The Patient Amenities 7A Palliative Care Unit, c/o the QEII Foundation, 5657 Spring Garden Road, Suite 3005, Halifax, Nova Scotia, B3J 3R4. www.MacIsaacs.ca

Share Your Memory of
Alex
Upload Your Memory View All Memories
Be the first to upload a memory!
Share A Memory
Plant a Tree