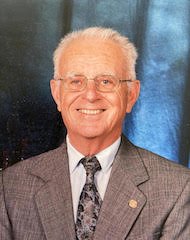 Born on August 16, 1931, in Glace Bay, Nova Scotia, to Sheldon S. and Jeanette F. Carson (Lawley), Jim knew or learned every inch, and story, of his home island. He found lifelong wonder in continuing to drive its winding roads and hike its coastline, until his final year. Before crossing the Strait of Canso to graduate Dalhousie University and then its Faculty of Dentistry in 1957, he was equally proud of summer shifts working around the collieries, and could tell you fact-filled tales of all 12 onetime Glace Bay mines.

Jim left his roots to make new homes in St. John, NB, London, ON, Bedford, Halifax and most recently, Antigonish, NS, as well as Kelowna, BC. Much of that was due to his long-time career overseeing dental care services for Veterans Affairs Canada. He was politely determined to ensure VAC saw each veteran, particularly the “World War II boys,”  as unique and extraordinary individuals, rather than simply clinical cases.

Although he travelled widely in life, and through a room-filling National Geographic collection,  wherever he lived or landed, his heart always remained closest to a particular stretch of the Bras d’Or Lake, between Marble Mountain, Lime Hill, and West Bay, Nova Scotia.

Among many friends, excellent neighbours, and extended family, Jim is remembered well by the Lawleys, his brothers-in-law Winston Roberts and Russell White, and niece Elizabeth Anne. His family would also like to extend particular thanks to Sandy Williams, as well the team at the Highland Crest Home, for all their remarkable support in Jim’s last months.

An active, lifelong member of the United Church of Canada, Jim truly loved traditional music, scripture, and the culture-crossing concept of faith. Then, as he always said, “a cup of tea would be lovely.” Details of a memorial filled with all of those will be announced at a later date. Arrangements have been entrusted to MacIsaac Funeral Home, Antigonish. Online condolences can be left at www.macisaacs.ca. Donations in Jim’s memory to the Canadian Cancer Society, Royal Canadian Legion, or Dalhousie University are deeply appreciated.

Share Your Memory of
James
Upload Your Memory View All Memories
Be the first to upload a memory!
Share A Memory
Plant a Tree