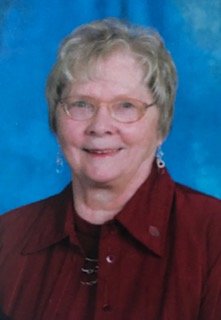 It is with great sadness that the family announces the sudden, but peaceful passing of Jessie Mae Barkhouse, age 82, at her home in Antigonish, where she was happiest.

Born April 2, 1938 in Berwick, NS she was the daughter of the late Isaac and Hilda (MacDonald) Barkhouse, and was raised in Woodville, Kings County. She was married to Harold Legge, they had three children and lived in Woodville and Port Williams, before she moved to Antigonish.

Jessie provided daycare for preschoolers in her home for a number of years, where many happy children spent their days in her nurturing care. In 1986 she married Barrie MacDonald and together they operated M&M Taxi. She also owned a courier and delivery service for many years.

Jessie was a member of St. James United Church and a proud lifetime member of the UCW Orpha Unit, in which she held the treasurer position. She was a reliable and active member for any church event or fundraiser. She enjoyed baking, preserving, and pickling and sharing the final products with her family members. She did her newspaper crossword puzzles daily, and still had several knitting projects ‘on the needles’. Her grandchildren remember her as having “the prettiest home.” Jessie was a proud collector of porcelain dolls, teddy bears, crystals, anything with cardinals, and all things Christmas-related. She was a kind and loving mother, grandmother, sister, aunt and friend. One of her favourite sayings was “Oh for land sakes,” which her young grandnephew converted into her lasting nickname ‘Lansakes.’

Jessie is survived by her son Lawrence Legge (Theresa), Sydney Mines; daughter Anna Legge (Joe), Ontario; daughter-in-law Stephanie, Kentville; sister-in-law Jean Barkhouse, Antigonish; and granddaughters Halee (Ryan), Kathleen (Ryan), Maranda; Megon and Jenna. She is also survived by Barrie’s children Michael MacDonald (Bernadette), and Joanne (Edward) Gillis, and will be fondly remembered by nephews Brian and David, nieces Kimberley and Lori and their extended families. Besides her parents, she was pre-deceased by her husbands Barrie and Harold, her eldest son Robert Legge, and only sibling, brother Walter Barkhouse.

We would like to thank Dr. Steve Gallant for his years of care, the VON and homemakers for their service over the last several months, and the Oncology & Palliative Care team at St. Martha’s Regional Hospital for their support. Special thanks to June and David Barkhouse for all they have done for mum over the past year.

To the world you were a mother, to your family you were the world! Safe home Mum.

Donations in Jessie’s memory may be made to the Palliative Care Department, SMRH, or VON Antigonish. Cremation has taken place and there will be no visitation. Funeral Service will be held on Saturday, February 20, 2021 at 11 am in St. James United Church, Main Street, Antigonish, Rev. Peter Smith presiding. COVID-19 protocols will be in place.  Interment at a later date. www.MacIsaacs.ca

Share Your Memory of
Jessie
Upload Your Memory View All Memories
Be the first to upload a memory!
Share A Memory
Plant a Tree