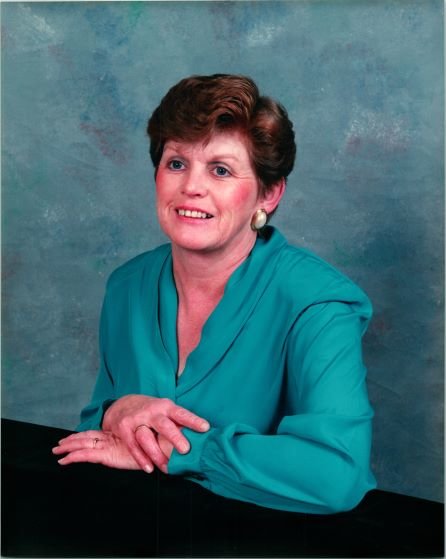 Lifelong Fairmont resident Margaret Jean MacDonald, 78, passed away peacefully with family by her side on April 4, 2021, Easter Sunday morning in St. Martha's Regional Hospital. Born on Christmas Eve, 1942 , Maggie was one of seventeen children of the late Miriam (Hanrahan) and Ralph Neary and the beloved wife of the late Francis Beaton Mac Donald. She was a strong and loving mother to her sons, Bernard, Michael, Allan, David and her daughter Frances Anne .

Everyone knew Maggie (Margie) from her time working at Sobeys for 33 years where she was a permanent fixture and a reference for many. She took pride in her work and expected that of others as well.

Maggie never met a stranger, her door was always open, teapot always on, any and all were welcomed to her table where her legendary biscuits were served. Her cinnamon rolls, oatcakes and seafood chowder were also a welcomed treat. Her warm and generous nature made her a popular volunteer at local elections, especially if the Liberals were winning in the polls. She enjoyed working in the minor hockey hospitality suites and Veteran’s Day remembrance dinners.

Maggie was the life of the party, her love of music and dance poured from her soul. She attended many a dance in her day, be it a ceilidh, a community dance or a good old Nova Scotia kitchen party! She was adventurous of spirit, she loved to travel and was open to any new experiences. Her humour was quick and her laugh hearty. Maggie was loyal and devoted to her family and friends and gave fully of herself in everything she did. She truly was a remarkable woman! She was generous, kind, determined, hard-working and dependable. She loved everyone unconditionally with genuine acceptance. She was a role model for many as she always saw the light at the end of the tunnel, she was never defeated or defined by hardship, she counted her blessings and truly lived life to the fullest.

She is predeceased by her husband Francis Beaton MacDonald, her parents, parents-in-law and siblings Robert, Eugene, and infant brother, Howard Bernard as well as several brothers and sisters-in-law.

Cremation has taken place and arrangements have been entrusted to MacIsaac Funeral Home, 61 Pleasant St., Antigonish. There will be no visitation  as per Maggie’s request. Funeral Mass 11 am Saturday, July 23, 2022 in St. Ninian Cathedral, Rev. Danny MacLennan presiding.

Donations may be made to St. Martha’s Regional Hospital or the Lights of Love Campaign in memory of Margaret Jean Mac Donald c/o the R.K. MacDonald Nursing Home Foundation.

Share Your Memory of
Maggie
Upload Your Memory View All Memories
Be the first to upload a memory!
Share A Memory
Plant a Tree