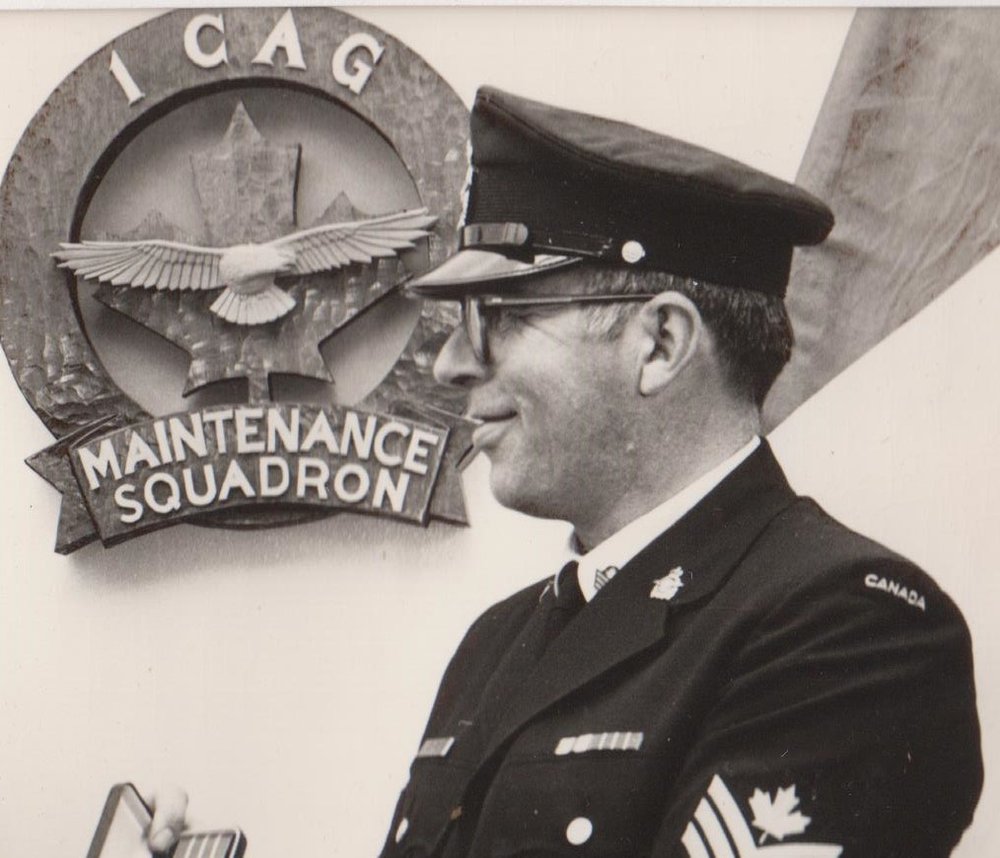 Sgt. Edward Thomas Kelly, C.D. (Ret'd), age 83, passed away peacefully on April 23, 2021 in Green Meadows Assisted Living Facility with his wife Dolorosa by his side.

Born in Galt, Ontario on August 29, 1937, Ed was the son of late Harry and Edith (Gisby) Kelly. In 1957, Ed joined the Royal Canadian Navy. As a serviceman he belonged to the Armourer Trade, and shared several of his experiences with family of the harrowing aspects this job sometimes demanded. Over the span of his dedicated years in the military, Ed served on several of Her Majesty's Canadian Ships ... too many to list. He saw numerous deployments covering many different areas of Europe as a peacekeeper with NATO. During these years of service, Ed was awarded the Canadian Forces Decoration. He was also honoured with the following Military Medals: The Canadian Decoration and Bar, the NATO Medal and the Queens Silver Jubilee Medal. Ed was the recipient of a special service medal awarded for service with NATO in Europe. Ed was humbled to serve his country with the Royal Canadian Navy and Canadian Armed Forces, retiring in 1985 after 28 years of service.

While serving overseas, Ed and Dolorosa travelled extensively in Europe making wonderful friends. On retirement they moved back to Canada building their home in McArras Brook. Ed took great pleasure in gardening over the years, with family reaping the rewards of his skills. Ed and Dol maintained old friendships, acquired great neighbours and were blessed to celebrate 50 years of marriage in 2018. He lived his Catholic faith quietly, serving his church in whatever capacity was asked of him. To keep ties to his military career, Ed became a member of the Arras Branch 59 of the Royal Canadian Legion, Antigonish. He celebrated his career with comrades on special occasions. With increasing health issues and limitations, Ed moved into Green Meadows Assisted Living in 2016. Although this was a difficult transition, he "soldiered on", dealing with the challenges with courage. Ed enjoyed the fellow residents and caregivers who, to Ed, were second to none.

Ed is survived by his wife Dolorosa (McVicar), nephew Gary Lantz, New Hamburg, Ont. and niece Jane Schell, Ridgeway, Ont. Besides his parents Ed was predeceased by his sister Dorothy.

There will be no visitation. Due to Covid-19 restrictions there will be a private family Funeral Mass held at 11 am Wednesday, April 28th in St. Margaret of Scotland Church, Arisaig. Family flowers only. Burial in the parish cemetery. A video recording of the Funeral Mass will be available later Wednesday on MacIsaacs.ca. Memorial donations may be made to St. Margaret of Scotland Church or the Antigonish Community Food Bank. www.MacIsaacs.ca

Share Your Memory of
Edward
Upload Your Memory View All Memories
Be the first to upload a memory!
Share A Memory
Plant a Tree