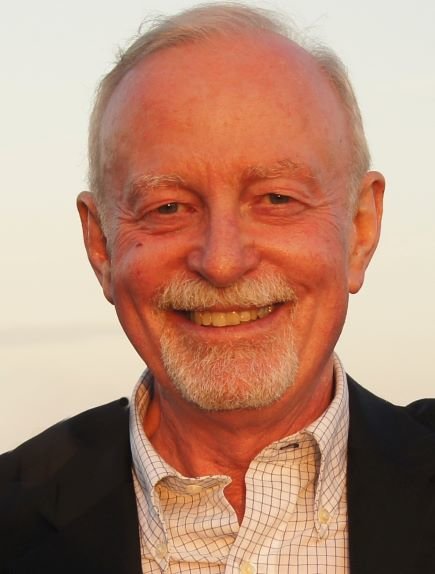 Michael Fennell passed away in his Pomquet home on May 21st 2021 surrounded by his family.

He was born in Buffalo, New York and was the son of James Fennell and Agnes O’Connell. He spent his childhood summers on Lake Honeoye in the Finger Lakes where he became an avid swimmer and rower.

A graduate of the State University of New York and Columbia University, Michael was a lifelong educator.  He spoke Italian and French.  He worked for the New York Department of Education, taught English as a second language to refugees in Florida and worked with First Nations communities in New York State and Canada.

In 1984, Michael moved to Pomquet with his wife Lorraine.  He then taught French immersion and was principal of Pomquet School. He advocated for French education and was the Director of the College de l’Acadie, the first French community college in the province.  Michael enjoyed traveling and was curious of different cultures. He taught in both England and China.  Finally, he gave French courses at St. Francis Xavier University.

Michael loved Pomquet, nature, classical music and reading.  He walked on Pomquet beach every day, taking photographs of the ever-changing landscape and nature.  He loved working in his garden and would not leave in the summer so he wouldn’t miss the season.  He was notorious for the giant pumpkins at the bottom of his garden.

Michael’s great love was his family, especially spending precious time with his granddaughters.  He loved rowing and the boat trip to the island was awaited every summer.  He was also known for hosting our family’s annual Christmas trivia game, his famous spaghetti sauce recipe and the O’Connell sisters’ potent fruit punch.

The family would like to sincerely thank the staff at the Progressive Care Unit and Palliative departments at St. Martha’s Hospital as well as Doctors Allan, Cooper, Howard, Wood and Gibson, nutritionist Brianna McCarron who went above and beyond to help and care for him.  His family is also grateful for the Victoria Order Nurses’ staff who visited daily even during a pandemic.  We also thank all our friends and family members who supported us during this difficult time.

Michael Fennell will be buried during a private family ceremony at Ste. Croix cemetery at 11 am on Thursday, May 27th. Since our current reality does not allow gatherings, we will have a celebration of life at a later summer date.  In lieu of flowers, donations can be made to a charity of your choice.

Share Your Memory of
Michael
Upload Your Memory View All Memories
Be the first to upload a memory!
Share A Memory
Plant a Tree