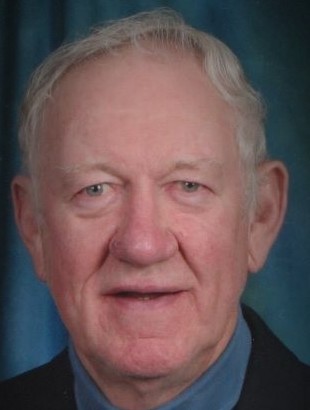 With great sadness the family announces the passing of a very good man on July 3, 2021. Ronnie ‘Elbows’ was born in Joggins in 1936 to Ronald Stephen and Anna Gertrude (Legere) MacDonald, the oldest of three boys. Raised on the family farm in Lismore, Ronnie knew the value of hard work and ingenuity, often building or repairing all things with duct tape, wire and vice grips…a true MacGyver.

Ronnie attended St Francis Xavier University where he excelled as a scholar athlete, graduating with a Bachelor of Science and Bachelor of Education while playing collegiate football. Ron accepted a position teaching in Sheet Harbour, then onto Antigonish where he taught physics and auto mechanics in the new pre-vocational program at the new regional high school.

Although Ron’s days were spent teaching, when he left school grounds, the tie came off and the old clothes went on as he headed down to the cottage and Cribbon’s Point. Much of his time was spent prepping his boat for the fishing ahead.  Elbow’s exploits with his friends, on their search for the elusive bluefin tuna, was legendary especially when his boat pulled in the monstrous 1000 pounder.  The papers (including the American Stars and Stripes) led with the story “Antigonish Mayor Lands 1000 Pound Bluefin Tuna” although Ronnie was humbled by the press.

Ron served 15 years as mayor and counsellor of Antigonish revealing his strength of negotiator and compromiser. He was a member of the R.K. Nursing home board for 12 years, served over 25 years on the Building for Youth Committee, four years as a member of the Nova Scotia Police Advisory Committee and also member of the Regional Chairmen’s committee for the Nova Scotia Waste Management program.  Ron was instrumental in the new RCMP office built within the town, the redevelopment and expansion of the Cribbons Point Harbour,  and worked hard for a good deal for the town’s waste management.

One of Ronnie’s interests was politics.  He was President of the Liberal Association for two terms.  Certainly a few highlights for Ron was attending the G7 hosted in Halifax, meeting many of the world leaders of the day,  having a personal meeting in Ottawa with then Prime Minister Jean Chrétien where he presented the PM the book ‘History of Antigonish’ (written by Patrick Walsh), and attending a dinner for the Queen during her 1976 Royal visit.

Ronnie was always a kind and generous host, making all visitors feel welcome with a jillick and everyone’s favorite meal, ‘the lobster Cantonese’.  As his mayoral successor commented at Ronnie’s appreciation dinner , “She never heard Ronnie say an unkind word to anyone in all the years he was on council.” The family is grateful to the care he received at the RK MacDonald Nursing Home.