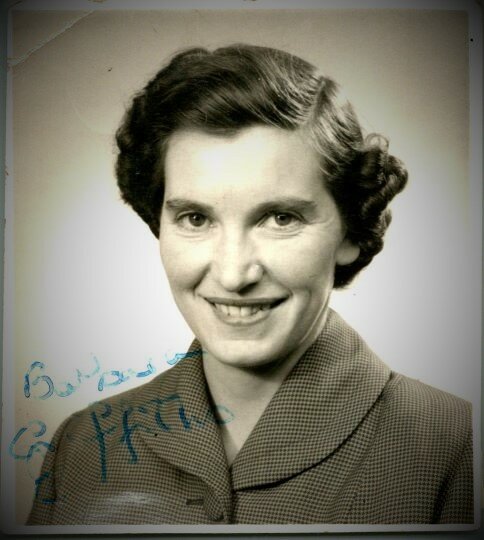 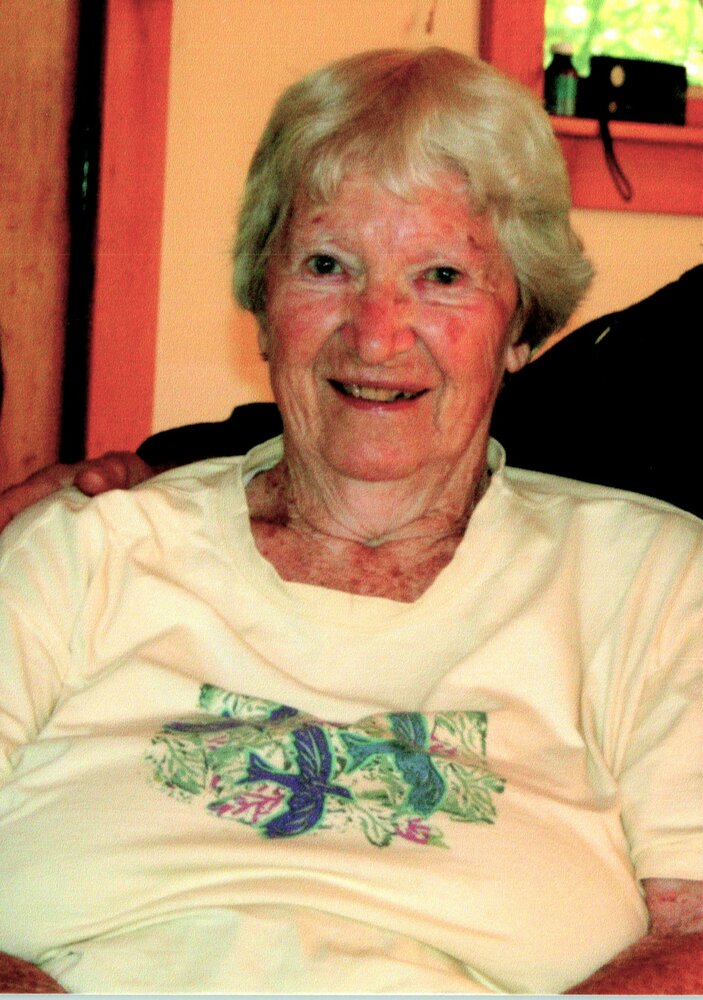 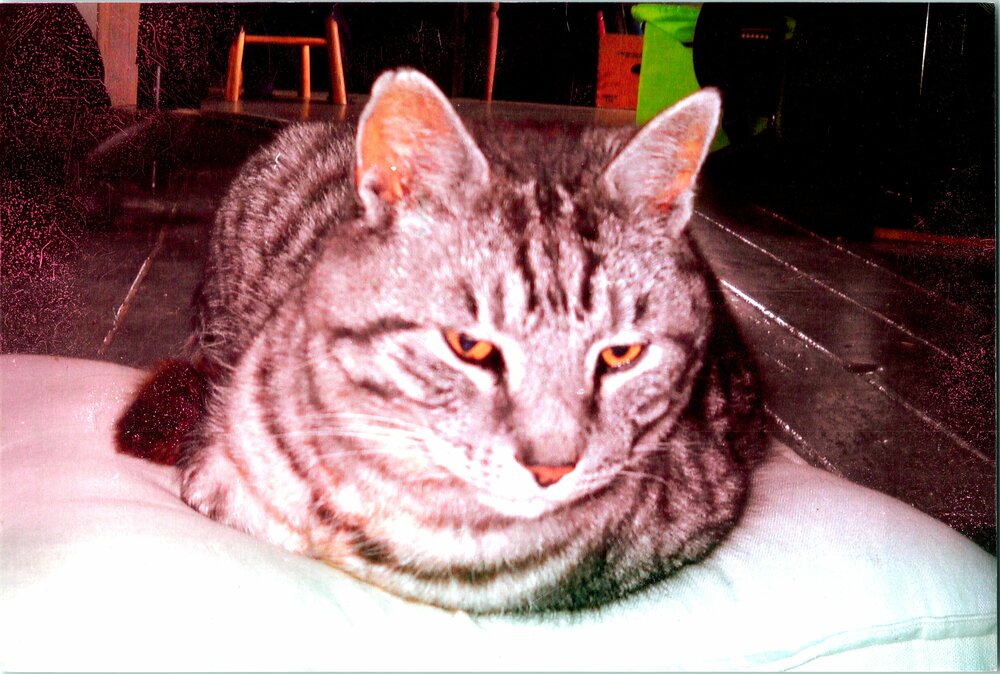 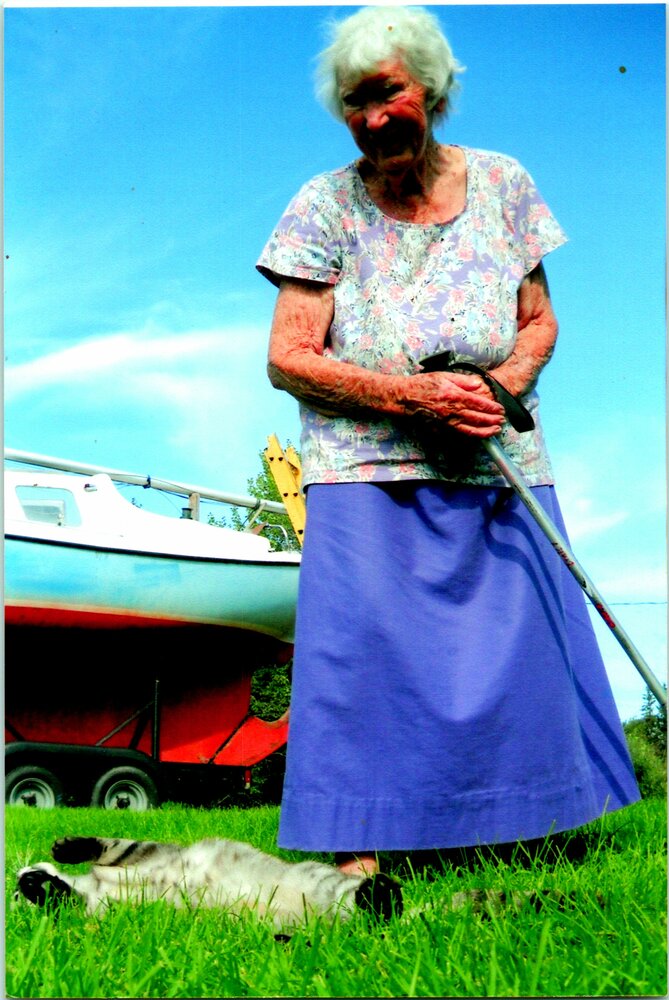 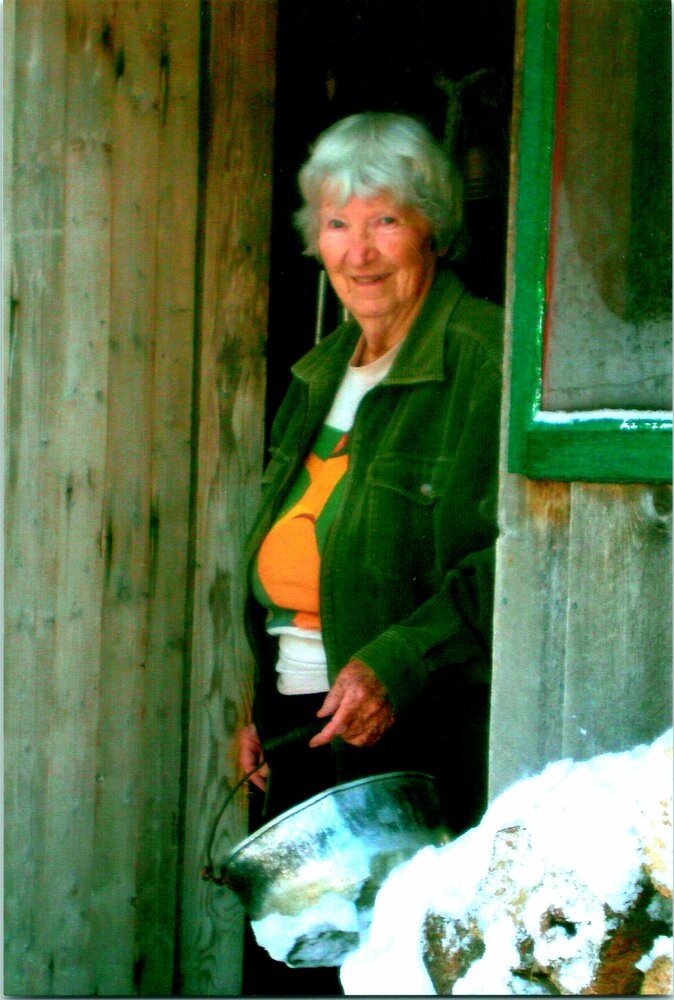 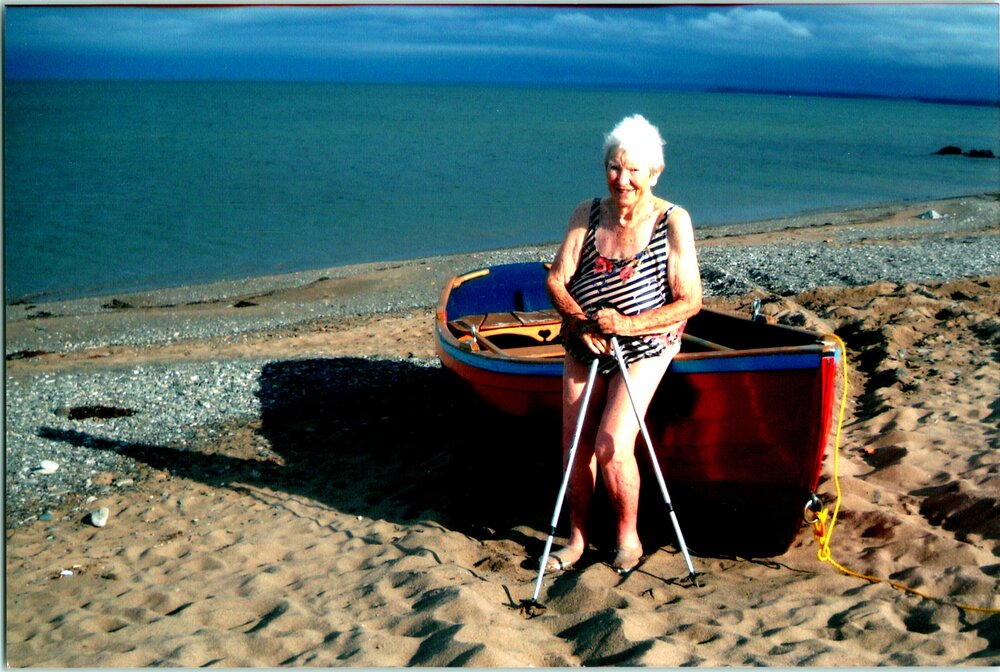 The Religious Society of Friends (Quakers) invite all, who knew and loved Barbara, to remember and celebrate her life on Saturday, November 13, 2021 at 2:00 pm in St. James United Church Hall.

Barbara Conway, 101, passed away on Thursday, October 14, 2021. She was born in Stourbridge, Worchestershire, England on Sunday, September 5, 1920, daughter to Douglas and Daisy Conway. Along with sister Pam and brother Pat she remembered a happy childhood climbing trees, riding ponies and exploring the local Clent hills.

As a young woman, when most were heading for the pub, she was dancing. That was her passion.

She apprenticed in a chemist shop at the age of 16. Spent the war years as a Wren doing electrical work on British Navy gunboats that patrolled the English Channel. In Birmingham, she graduated as a pharmacist at the age of 24.

In 1947, Barbara moved to Prince George, B.C. to work in a pharmacy. She had met Colin Griffiths at one of those country dances years before, and when he tracked her down in Prince George, she said "yes", married and started a family. Son Christopher was born there in 1951. Another son, Ian, was born five years later in California where Colin studied for and took on his first posting as hospital administrator.

The family moved back to England for a spell....then to Cape Cod, Massachusetts, Oakville, Ontario and finally Windsor, Ontario. The social life of the administrator's wife did not much appeal to her, but she joined the ballet guild and loved catering to the National Ballet dancers when they were in town. She learned to sail on Lake St. Clair and took up bird watching at Jack Miner's Bird Sanctuary at Point Pelee, Lake Erie.

In May of 1971, Barbara set out on her own in a VW van to cross the prairies, visiting friends and family, making it all the way to Prince Rupert. Back east, by the northern route, she wound up in Halifax in 1972. There she discovered the Religious Society of Friends (Quakers), many of whom have remained lifelong friends.

In 1973, she left her married name and old life behind to start a new life in New Zealand. She joined the Forest and Bird Society and did many back country walks, crisscrossing the country in her trusty Atlas Major van.  She did relief work in many out of the way places and steady work in Hawks Bay. There she learned to fly gliders and obtained her pilots licence. She also took up transcendental meditation.

Her three year contact complete she returned to Nova Scotia via a ten week camping safari trip around South America. She shared that trip in a supervan with 25 passengers and two drivers experiencing ten different countries and logging 10,000 miles in the process.

In the following years she was back and forth to New Zealand. She took up carding and spinning wool which she knit into beautiful sweaters and socks.

In 1983, Barbara visited China, Bali and spent time in India on her trip around the world. Back home in West Lakevale, when she wasn't settling into her cabin with Flash, the cat, she was swimming in the ocean, chasing tallships, searching for waterfalls and enjoying Celtic Colours concerts all over Cape Breton.

In 2013 she moved to town and took up residence at the Antigonish Manor. A big fan of books by mail, she continued to read, play scrabble and write to friends from all over.

Every spring she looked forward to the ocean warming up so she could get back into that beautiful St. George's Bay at Jimtown.  Many thanks to Antigonish County Recreation for loaning out the Mobichair.

She will be fondly remembered as a kind and gentle spirit by the family and friends who knew her well. .

Share Your Memory of
Barbara
Upload Your Memory View All Memories
Be the first to upload a memory!
Share A Memory
Plant a Tree