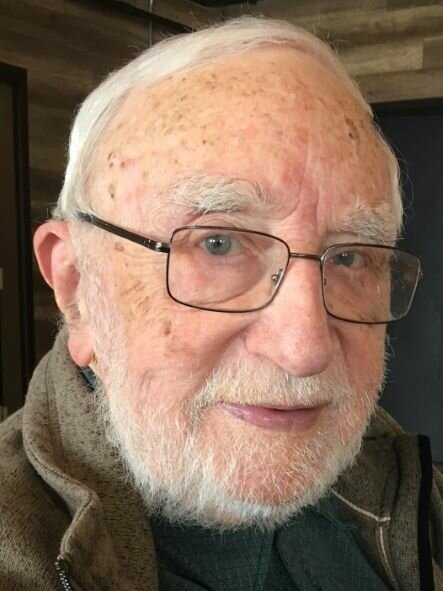 The family of Brian Lynch wish to announce his death on January 6, 2022, at the QEII Health Sciences Centre, Halifax, just a few weeks short of his 92nd birthday.

Born in Melbourne Australia on January 20, 1930, the only child of Maurice and Ilma Lynch, he went on to graduate from the University of Melbourne, with a PhD in Physical Organic Chemistry. After he married Joan in 1956, they moved to New Mexico, USA, where he did his post-doctoral fellow.  This was followed by a move to St John’s, NL, where he taught chemistry at Memorial University. During that time, both his children were born. They moved to Antigonish in 1962, where he took up a professorship at St FX and continued in various teaching, research, and leadership roles until he officially retired in 2016. In 1994, Brian was awarded the St FX University Research Award for outstanding leadership in research and scholarship. He was honored in 2012 to be elected as one of only 100 scientists in Canada as a fellow of The Royal Society of Chemistry (UK). In his career, he had published over 80 papers and developed more than 2000 compounds.

Brian mentored hundreds of undergraduate, graduate and post-doctoral students. He had many collaborations with universities, government agencies, and industrial organizations around the world. He volunteered with a variety of organizations and associations but was most proud of the work he did with Cancer Care NS and the National Cancer Institute while Joan was ill.

He maintained both Australian and Canadian citizenship, followed international tennis, loved CNN, read ferociously, was unbeatable at Scrabble, loved dessert, a fancy breakfast; and Sunday dinners with his family. Brian and Joan travelled around the world fostering friendships made in academia, the last together being an expedition to Pakistan in 1991.  In the 80s, Poppy taught his granddaughters how to use a MacIntosh computer before iMacs were invented; as a father, we never wanted for anything.

Cremation has taken place. Family burial will take place in the spring. Donations may be made to The Dalhousie Medical Foundation. Funeral arrangements are under the direction of MacIsaac  Funeral Home, Antigonish.  Online condolences may be made by visiting www.MacIsaacs.ca