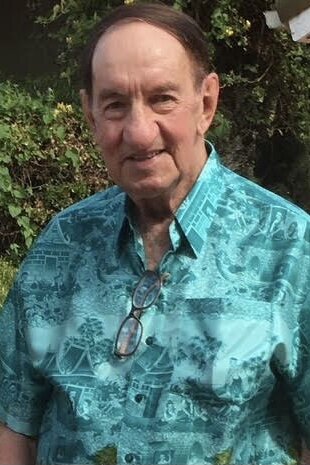 Dan was born in New Waterford to the late Dennis and Lucy (Doucet) Cormier. Dan was the third of five boys. The Cormier family moved to Sydney when Dan was three years old and those were great years growing up with his brothers. He graduated from Sydney Academy, attended St. FX for a few years and then started working as a salesman in several places in Canada and later world-wide. He became one of the best in his field and finally settled in California as a competent “Broker”. Dan lived in California the last 42 years of his life except for the final two years that he resided in Antigonish.

During his years in Sydney he played hockey, baseball and softball. As well he was interested in music and became a very good “drummer”. He had many other interests over the years including sports of all kinds, nature, animals, puzzles, enjoyed a good drink and living life.

A highlight of his sports career was when he moved to Bridgewater, NS, in 1962 working for a Finance Company and immediately he became a member of the Bridgewater Hawks Senior Intermediate Hockey team.  He joined Tom Hartley and Chuck Steadman to form the team's highest scoring line. It all resulted with two successful years as winners of two Intermediate “A” Championships. In November 2020, the Lunenburg County Sports Heritage Society notified the Hawks that they were selected to be inducted to the Lunenburg County Sports Wall of Fame. This induction has been postponed until the Covid 19 is under control. There are now eleven players who are in the Heavenly Kingdom and we know that they are cheering us on with Dan as their chief cheerleader.

Dan was the consummate salesman, always impeccably dressed and ready to make a sale. In April 1987, he and Linda opened their own business and named it “Dancor & Associates”. He developed an amazing client base for their small company. Due to illness, the business was closed October 2021.

Dan was so fortunate to have Dr. David Cudmore as his doctor for the past two years while he resided at Parkland and Highland Crest. The Cormier family forward sincere thanks to Dr. Dave. We also want to express our sincere thanks and prayers to all staff members at Highland Crest Home for the attention, the great care, the kindness, and the patience to make Dan's daily life as good as possible. Again, our big time gratitude.

Dan is survived by his loving wife of 33 years, Linda, his brothers Mike, Richard, Francis (Chebot) and families. Besides his parents he was predeceased by his brother Joseph (Babe).

Cremation has taken place under the direction of MacIsaac Funeral Home, Antigonish. A graveside family service will take place at a later date in St. Ninian's Cemetery, Antigonish