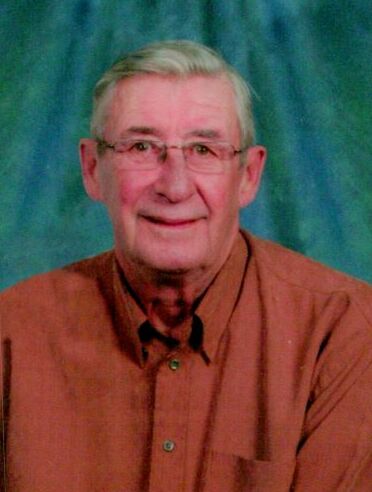 Donald Peter (Donnie) MacNeil, born January 15, 1935 to Peter Ronald and Pearl Katherine MacNeil of Giant’s Lake, passed away peacefully in the home he built on February 4, 2022. He is predeceased by his parents, and sister MaryLou Snarr (Vic), and survived by his brother Jack (Marie), Dartmouth and sister Barbara (Al), Medicine Hat. Donnie was the second of four children, a proud brother and protector of his younger sisters. He is also survived by his best friend and soulmate of 60 years Betty (Elizabeth Cooke); his four children Dawn (Isaac) Calgary, Dan (Kim) Ottawa, Janice, Toronto, and Marybeth (Mike), Kanata. He was an adoring and proud grandparent of nine (Shelby, Katelyn, Bradley, Sarah, Kyle, Matthew, Mollie, Mac, and Maggie) and two great grandchildren (Diane and Percy), and a cherished uncle, and grand uncle to many.

He spent many summers on the farm in Giant’s Lake and attended Morrison School, Antigonish and St. Dunstan’s in PEI. Donnie worked several years at St.FX University as the Director of the Maintenance, and later as Director of Maintenance for the Antigonish District School Board.

Donnie was a kind, generous person, who rarely said no, with a quiet demeanor, living a life of faith and giving back to his community he loved. He volunteered many years with St. Vincent de Paul and the Antigonish Food Bank, was an Honorary Life Member of the Knights of Columbus, and an Honorary Life Member of the Antigonish Town Volunteer Fire Department with over 40 years of service. Donnie was a lover of all sports. Donnie was an all-star baseball player, known for his strong arm and home runs. He was an avid fan of and permanent fixture at St.F.X. football, hockey, basketball, and rugby games, later joining a curling team with Betty. His TV always had a game on, whether it be the Jays, the Senators, or curling bonspiels.

In their retirement, Donnie and Betty enjoyed their scenic drives to Florida for the winter months, watching the Jays begin their season. Many a card game at the condo, riddled with laughter, with new and old friends. Summers were spent at Lakevale, his little piece of heaven. Pop-by visits from relatives and friends were celebrated with a cold drink from the fridge and the BBQ was kept gassed up and at the ready. His sense of humour, quick wit and one liners will be missed by everyone who knew him; he always joked that by marrying Betty he ‘saved’ a Cape Bretoner. Life will go on but it will be a little dimmer without Donnie in this world.

The family would like to express their thanks to Dr. MacKenzie and Dr. Gallivan, St. Martha's Palliative Care Team, and a very special thanks to all the VON nursing staff.

Due to Covid-19 regulations there will be a family visitation. Funeral mass 1 pm Thursday, February 10, 2022 in St. Ninian Cathedral, Rev. Andrew Boyd presiding. As per covid protocols a limit of 50 permitted as well as proof of vaccination and ID required. Memorial donations may be made to St. Vincent de Paul Society.

The livestream link can be found on the tabs on the left side of screen.