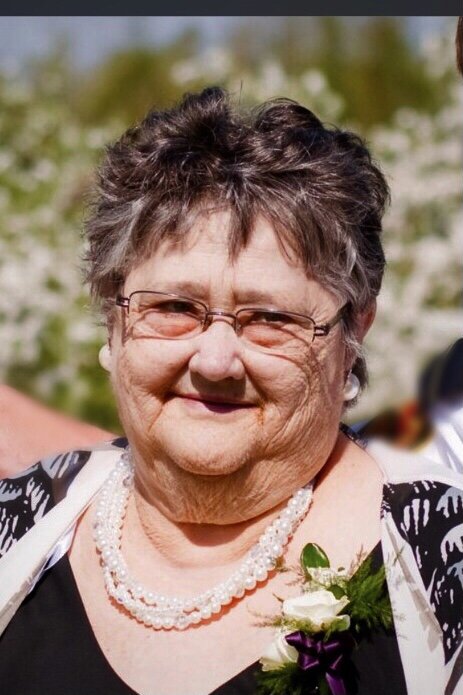 It is with broken hearts that we, the family of the late Margaret Bray of Greenwold Manor and formerly of Pinevale, announce her passing on Friday March 11, 2022, at the age of 79, in St. Martha's Regional Hospital.

Born in Heatherton, she was the daughter of the late Abraham and Mary Jane (O'Brien) Brow (DeYoung).

Margie was a loving mother, grandmother and great grandmother who raised seven kids and was a care giver to many other children over the years. Her and JP's home was always open to anyone who wanted to chat or play a game of cards. She loved to read, knit and crochet. Margie’s kitchen was always warm with the smell of fresh bread, pies, and grannies good stuffing. She was a founding member and president for years of the Ladies Auxiliary of the Antigonish County Volunteer Fire Department.

Besides her parents she was predeceased by the love of her life, JP Bray, and brother William (Bernadette) Brow.

Visitation will be held from 2-4 and 7-9 pm Monday March 14, 2022 in MacIsaac Funeral Home, 61 Pleasant St., Funeral mass will be held 11:00am Tuesday in St. Ninian Cathedral, Rev. Danny MacLennan presiding. Current COVID-19 protocols will be in place. Burial in the parish cemetery at a later date. We would like to extend our heartfelt thank you to Antigonish VON, Antigonish Area Homemakers, and the Palliative unit at St. Martha’s Regional Hospital. Donations in memory may be made to any of the above mentioned organizations.

Share Your Memory of
Margaret
Upload Your Memory View All Memories
Be the first to upload a memory!
Share A Memory
Plant a Tree