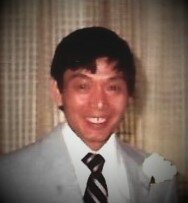 The family of Raymond Joseph Mah, 83 of Antigonish are saddened to announce his death on April 6, 2022 after a brief illness. He passed away peacefully surrounded by his family at St. Martha’s Regional Hospital.

Raymond was born on March 11, 1939 in Southern China. He came to Antigonish in 1952, attended St. Ninian Street School, Antigonish High and College of Cape Breton and lived in Nova Scotia for most of his life.

Raymond enjoyed sports and played high school basketball. He was a hockey enthusiast who supported the local teams at the old STFX rink. When not working the counter at the family’s corner store, Ray would be up the street at George Dory’s Pool Hall on Main Street where he was considered a pretty good snooker player.

He owned & operated Chinese restaurants in St. John and Fredericton NB as well as Port Hawkesbury, making many long lasting friends. Leaving Port Hawkesbury, Ray relocated his family to Antigonish and worked many years as a cook at Wong’s Restaurant before retiring.

Ray is preceded in death by his parents, Jack Eng Mah & Chow She (Missy Mah) and his long time partner Geni Rogers.

The family of Raymond wishes to extend our sincere appreciation and thanks to the doctors and nurses that were so very compassionate to the family, and for the gentle and kind care to Ray during his short stay in the ICU. Also, to Dr. Menard who cared for Raymond over the years.

A private family service will be held on Wednesday, April 13, 2022.

Share Your Memory of
Raymond
Upload Your Memory View All Memories
Be the first to upload a memory!
Share A Memory
Plant a Tree