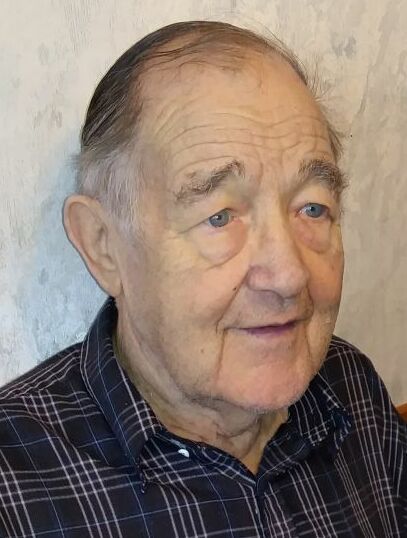 Born in Asten, Netherlands on January 14, 1930 to Francis and Josina Maas.  Francis and his bride, Elizabeth, immigrated to Canada through Pier 21 in March of 1956.  Francis and Elizabeth lived in various areas of Nova Scotia until they settled in Antigonish County.

He was predeceased by his wife, Elizabeth nee Vermeulen and his siblings John, Frits, Hans, Cisca, and Louis.

He is also survived by his brothers Frank, Antigonish and Harrie, Netherlands;  sisters, Bertha, Anna and Fransien, Netherlands.

Francis was past president of the Heatherton Club 60 and involved with the VON.  He enjoyed bowling, playing cards, gardening and spending time with his friends and family.

The family expresses our sincere gratitude to all the doctors, nurses and homecare workers involved in his care.

Visitation will be held from 2-4 and 6-8 p.m. Friday, April 29th in MacIsaac Funeral Home, 61 Pleasant St. Antigonish. Funeral Mass 11 a.m. Saturday in Heatherton at the Church of the Immaculate Conception.

In lieu of flowers, memorial donations may be made to a charity of your choice.  www.MacIsaacs.ca

Share Your Memory of
Francis
Upload Your Memory View All Memories
Be the first to upload a memory!
Share A Memory
Plant a Tree