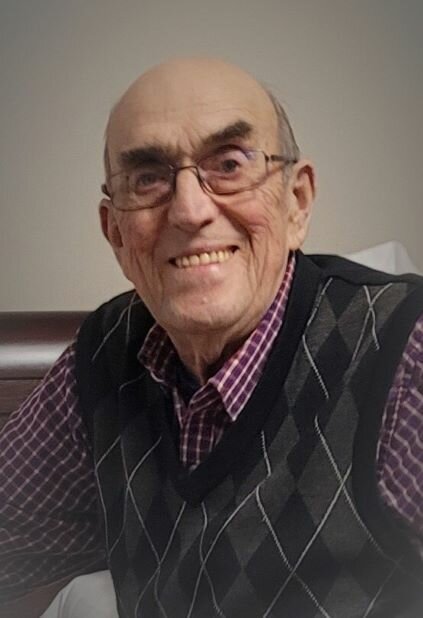 It is with heavy hearts that we announce the passing of John Leo Doiron, of Pomquet, on May 2, 2022 in St. Martha's Regional Hospital surrounded by his family.

Born in Antigonish, John was a son of the late James and Margaret (Vincent) Doiron.

John had a long career in the construction industry. He first started with Albert Whidden, then moved on and worked as a rebar tier for many years. He then returned to his roots as a carpenter. One of John's projects, that he was most proud of, was the St. Martha's Regional Hospital build, where he was involved from start to final turnover. The last and longest part of his career was with St. F.X. University where he served first as a carpenter, then as superintendent and lastly moved into management.

As a long standing member of the Carpenters Union, John enjoyed talking construction with anyone who would listen and didn't mind giving his opinion on how he thought things should be done.

He was a director for the Pomquet Co-op and a founding member of the Pomquet Fire Department, where he was an active member for 50 years. Once he could no longer respond to emergencies he would still frequent the firehall to catch up and help wherever he could and to watch his beloved Montreal Canadiens.

John could often be found lending a helping hand at either the church, parish hall, Chez Delauriers, fire hall or with family and friends. John also devoted time to the Parish Council where he was a member for many years.

Visitation will be held from 7-9 pm Wednesday, May 4 and 2-4 and 7-9 Thursday, May 5 in MacIsaac Funeral Home, 61 Pleasant St., Funeral Mass 11 am Friday in Ste. Croix Church, Pomquet, Rev. Andrew Gillies presiding. Burial in the parish cemetery. Family flowers only please. Memorial donations may be made to the Canadian Cancer Society or St. Martha's Palliative Care Unit.

The family would like to offer special thanks to the staff of the St. Martha's Palliative Care Unit and The Maples for your care and support.