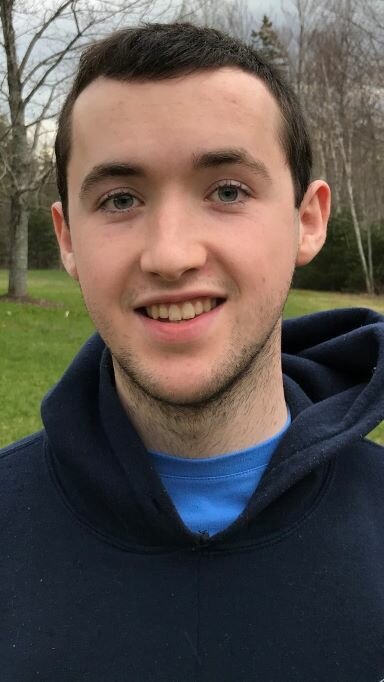 It is with broken hearts that we need to announce the sudden passing of our beloved son, brother, uncle, godfather and friend, Mark.  After a courageous 5 year long battle, he tragically succumbed to his mental illness on April 27, 2022.

Mark was an exceptionally caring and kind hearted person, with a quick wit and sense of humor (sometimes confusing his doctors and nurses) that still shone through during his painful struggles with his mental illness.

Prior to his illness, Mark loved hanging out with friends, going for drives, sleepovers, playing hockey, running cross country, playing ping-pong, four wheeling, playing video games which he excelled at (MiniMan2727), working on cars especially his pride and joy Toyota Celica, and anything to be with friends.  Mark also enjoyed camping and vacations with his family, swimming in the family pool, and doing all of the above with his big brother Brian, who was always by his side.

Mark also enjoyed watching UFC and ordering “fight night” food, and his beloved hockey team-Tampa Bay Lightning. He was looking forward to their 3 peat, but was not overly confident Tampa could win this year because as he said, “they traded away their entire third line!”

Mark loved school (not) but despite that he excelled, especially in Math with his photographic memory, where he was one of the top students in his grade. Never one to draw attention to himself, he was embarrassed one time, while hanging out with friends at an awards ceremony he unexpectedly got summoned to the stage to receive an academic achievement award. He even turned down a teacher nomination to participate in an achievement competition because he was scared he might win and be recognized for it.  Mark graduated from Dr. John Hugh Gillis high school in 2018 and continued his studies at NSCC completing his first year of Natural Resources Technology in 2021.

Mark was a real people magnet, whether it was on vacations with the camper or at a resort in the Dominican Republic, people seemed to make an instant bond with Mark.   Later on in his visits and stays in hospitals, many nurses and hospital staff were drawn to Mark and could really see the kind hearted soul Mark always was, which was clouded by his extremely complex illness.

Mark was truly loved by his family, who lived his illness with him every step of the way.  Mark’s Mom was his absolute rock, his advocate, his companion, his friend, his everything!

Now there is no more pain for Mark, no more constant intrusive thoughts controlling him, he is free of all that. Now it rests upon those of us that are left behind to feel pain and emptiness as we are forced to live without him.  We are all so blessed to have had Mark as part of our loving family, we all loved him so dearly. Although he left us much too soon, we will always have our memories and our love will never cease or fade.

Cremation has taken place.  Visitation will be held from 2-4 and 7-9 Friday, May 6th in MacIsaac Funeral Home, 61 Pleasant St., Antigonish.  Funeral Mass 11 am Saturday in St. Ninian Cathedral, burial in the parish cemetery. Memorial donations may be made to the Jordon Myles Foundation.  In lieu of a donation, please, please do a kind deed for someone struggling with a mental illness, they will very much appreciate it.

We know you are soaring with the eagles, Mark.  Go Tampa!

Share Your Memory of
Mark
Upload Your Memory View All Memories
Be the first to upload a memory!
Share A Memory
Plant a Tree