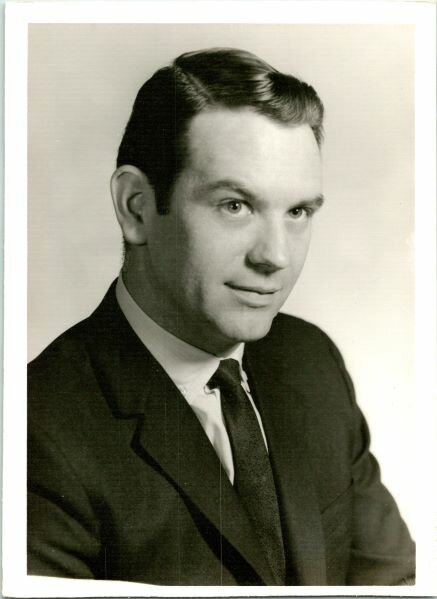 Born June 5,1938 in Woodstock, Ontario to the late Katherine (Pender) and Neuman Hills of Woodstock and London, Ontario.

Gerry earned his wings with 441 Squadron Royal Canadian Air Force in March 1958 and became a pilot flying throughout Europe for over eight years. He then moved to Ottawa and began a career as Sales Manager for computer software companies. He was later transferred to Halifax where he was appointed Regional Sales Manager for Honeywell doing contract work with the Department of Natural Defence. After moving to Lakvale he was Director of Recovery House for two years.

In 1982 he met the love of his life Joyce, 1989 they began building their dream home in their beloved Lakevale, overlooking St. George's Bay and lived there until three years ago when they moved to Mount Cameron Estates. Gerry enjoyed gardening, painting, sports, carpentry, social events, watching and recording movies, photography, musicals, Joyce’s cooking and wintering in St. Pete Beach and Seminole Gardens, Florida. He served his much loved  community and was a valued and dedicated member of St Columba Parish. He was a 42 year member of Alcoholic Anonymous and a co-founder of the Lakevale Big Book Group where he freely offered support to others. Gerry was a self taught passionate artist from a very early age and in his retirement enjoyed teaching etching and drawing classes at St FXU for 13 years, and was well respected and admired by his students. Gerry and Joyce lived life to the fullest, traveling around Canada and the USA, spending time with friends, and enjoying life while patiently supporting Joyce, always, and especially with her traveling to and from their much loved Stan Rogers Folk Festival! His brother Ed tells the story that in school Gerry was known as” Ed’s little brother” but when he moved to Antigonish he became known as “Joyce’s husband, Gerry”!

A sincere thank you to all who cared for Gerry, in particular the loving care provided by his wife Joyce and the compassionate care and support from Dr. Rice and the staff of the John MacLellan Palliative Care Unit, St. Martha's Regional Hospital offered to both Joyce and Gerry during his short time in the unit. Special thanks to Fr. Andrew Boyd and Fr. Bernie MacAdam for the pastoral care extended.

Cremation has taken place. Visitation will be held Sunday, July 17, 2022  from 2:00 -5:00 pm in MacIsaac Funeral Home, 61 Pleasant St., Antigonish.  Funeral Mass will be held in St. Columba Church, Lakevale at 10:00 a.m. on Monday, July 18th with Celebrants Rev. Andrew Boyd and Rev. Bernie MacAdam presiding. Interment in St. Columba Cemetery. Reception to follow in Mini Trail Community Center. Masks are not required but recommended by family at all events.

Family flowers only.  In lieu of flowers, donations would be appreciated to the St. Martha's Palliative Care Society, St. Columba Parish Cemetery Fund, the Mini Trail Community Center or charity of your choice.  www.MacIsaacs .ca

Share Your Memory of
Gerald
Upload Your Memory View All Memories
Be the first to upload a memory!
Share A Memory
Plant a Tree