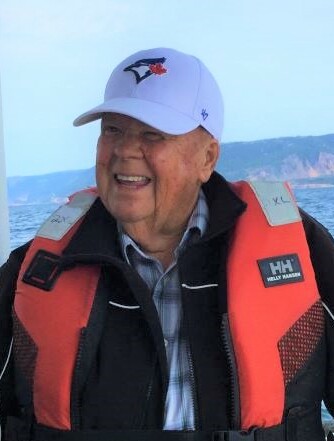 Robert Bernard Grant, of Beaver Meadow, passed away peacefully on August 17, 2022 in St. Martha's Regional Hospital with his family by his side. Born in Antigonish he was a son of the late Robert and Martha (Stewart) Grant.

Bob worked the majority of his career with Nova Construction where he was a dedicated heavy equipment operator and float truck driver, taking pride in and enjoying his work, while making many friends along the way. Family meant a lot to him and he enjoyed having family and friends around. He was a quiet man but enjoyed playing tricks and pranks on people close to him. He liked taking trips and exploring new places, whether it be a long trip or a day trip. Bobby was an avid sports fan, especially cheering on the Toronto Blue Jays and Toronto Maple Leafs, as well as Nascar racing.

The family would like to thank the staff of St. Martha's Regional Hospital for the compassion and support provided to Bob.

Visitation will be held from 2-4 and 7-9 Sunday, August 21, 2022 in MacIsaac Funeral Home, 61 Pleasant Street, Antigonish. Funeral Mass 11 am Monday in St. Joseph's Church, St. Joseph's. Burial in the parish cemetery. Face masks are encouraged at both visitation and funeral. Memorial donations may be made to the John MacLellan Palliative Care Unit, St. Martha's Hospital.