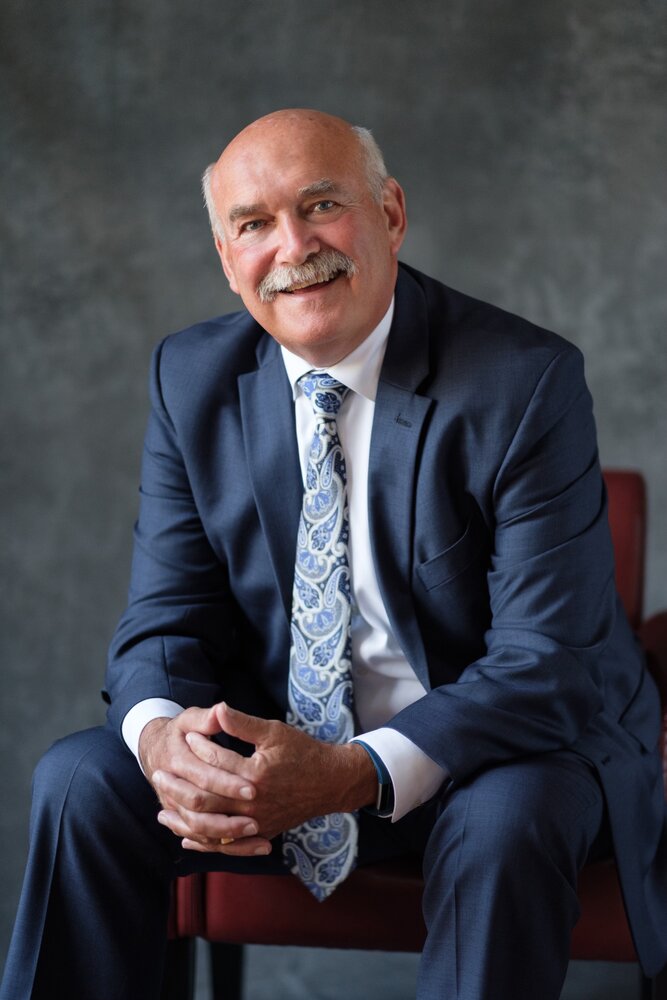 Dr. Brian Clifford McMillan – former President of Holland College, Charlottetown, PEI, passed away suddenly but peacefully, with his family by his side, on August 24, 2022 at St. Martha’s Regional Hospital in Antigonish, N.S.

Brian was born in Sudbury, Ontario on February 8, 1952 and was the youngest in the family of Ian and Beatrice (Gagné) McMillan. Besides his parents, he was predeceased by his in-laws, Percy and Doris (Simpson) Archibald of Antigonish, Nova Scotia. Survived by his adored wife of 47 years, Jane (Archibald) McMillan, his beloved children, Amy (Dan Postmaa), Megan (Ryan Hunt) and Matt (Emma Quann Flavell), his cherished grandchildren, Kieran, Caleb, and Isla Postmaa, and Evan Hunt, and his loving brothers, Ian (Barbara) McMillan and Bruce (Debi) McMillan. Brian was also very close to and will be dearly missed by Jane’s siblings Lynn (Brian) Knudsen, Dale (Jacinta) Archibald, Brent Archibald, Sandy (Carolyn) Archibald, and Shari Archibald, as well as his many nieces and nephews and their families.

Brian’s main passions in life were education: (B.A. & B.Ed. from Mount Allison University, and M.A. & PhD from the University of Alberta), athletics: (a varsity football and hockey player,former football coach for the Mount Allison Mounties, and avid fly-fisherman and “golfer”), and family/community: (spending as much time as possible at the family cottage on Lochaber Lake, Nova Scotia grilling up a feast for whatever crowd was gathered, and dedicating much of his free time to assisting in the Charlottetown community).

Brian joined Holland College in 1996 and became the College’s fifth president in 2005. He was an exemplary leader during his 13.5 years as President, a passionate champion for students and staff, an enthusiastic supporter of athletics and wellness, and an active volunteer in the community, which he continued into his retirement.

Prior to his Presidency in 2005, Dr. McMillan was Vice-President of Program Operations at the College. Before arriving at the College in 1997, Dr. McMillan was employed as an educator and psychologist with the Edmonton Public School Board; as Superintendent for Administration and Programs in the PEI Unit 3 School Board; and as Associate Professor and Department Head in Mount Allison University’s Faculty of Education.

Brian brought his passion for community involvement to numerous organizations. He was awarded the Queen Elizabeth II Diamond Jubilee Medal of Honour in 2012 and the prestigious H.E. Miskiman National Leadership Award in 2015, celebrating his lasting and significant contribution to the aims and objectives of Junior Achievement in Canada.  Brian was recognized as one of Atlantic Canada’s Top 50 CEOs for 2010-2013, and, in 2014, he was honored with an induction into the region’s Top 50 CEO Hall of Fame.

Upon his retirement, Holland College and the Holland College Foundation were proud to commemorate Brian’s significant contributions with the naming of the McMillan Centre for Community Engagement and the establishment of the Brian McMillan Legacy Fund.

Brian’s wife Jane, their children, Amy, Megan and Matt and their families, invite friends, family and colleagues to attend a Celebration of Life to honor Brian’s memory, on October 22, 2022, 3:00 – 5:00 pm at the McMillan Centre for Community Engagement (MCCE) on the Prince of Wales Campus in Charlottetown.

In Memory of Brian, the family suggests any charitable donations be made to the Brian McMillan Legacy Fund, The Community Foundation of PEI, or the Heart and Stroke Foundation of Canada.