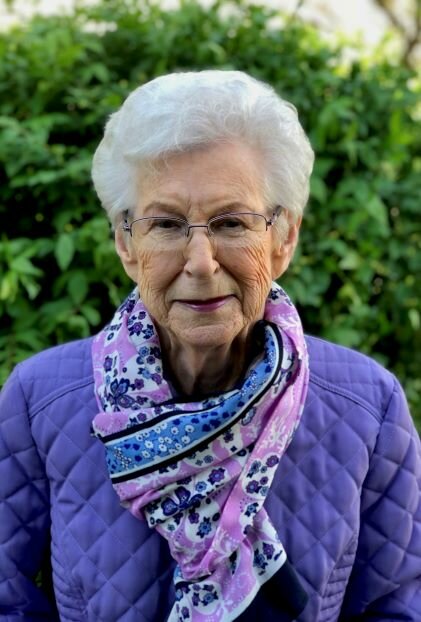 Born in 1933 in Upper South River, Antigonish County, Jean obtained her Grade XII and attended Provincial Normal College in Truro.  She then taught school in Lakedale, Fraser’s Mills, Upper South River, and Lochaber as well as Our Lady of the Sacred Heart School in Montreal, Quebec.  From 1958-1971, she was the manager of Simpson Sears Order Office in Antigonish.  She married Charles Kennedy in September 1964.  In addition to raising their five daughters, she co-owned and managed Charles D. Kennedy Trucking Limited until 1984.  She then worked until her retirement in 1998 at St. Francis Xavier University in the Alumni Aquatic Centre.

A sincere thank you to the health professionals for the excellent care and compassion shown to Jean and for always treating her like family.

Visitation will be held from 2-4 and 7-9 pm on Wednesday, September 7, 2022. Funeral Mass 11 am Thursday in St. Ninian Cathedral, Rev. Danny MacLennan presiding. Burial in St. Andrew's Cemetery at a later date. The funeral mass will be livestreamed and a video recording will be available on this page later on Thursday.

Donations in Jean’s memory may be made to the Antigonish Fuel Fund and the M. Colleen Kennedy Memorial Bursary in care of St. Francis Xavier University.

The family requests that masks be worn at the visitation and funeral Mass.

Share Your Memory of
Jean
Upload Your Memory View All Memories
Be the first to upload a memory!
Share A Memory
Plant a Tree