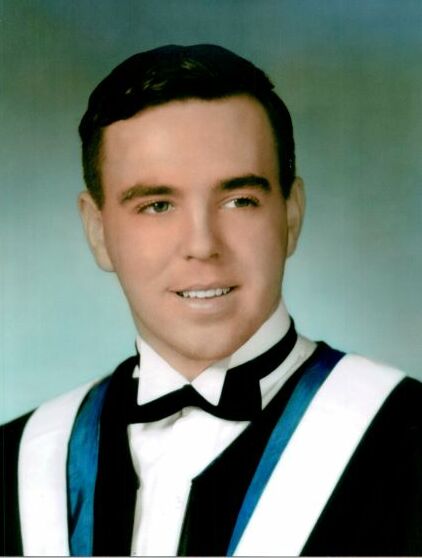 Neil Gerard MacPherson, age 78, of the RK MacDonald Nursing Home, and formerly of Greenwold Manor, passed away on Thursday, September 8, 2022 in the nursing home.

Born in Upper South River, he was a son of the late Allan A. and Rose (MacNeil) MacPherson. Neil was a graduate of St. Francis Xavier University. Several years ago, he was employed by the Province of Nova Scotia Department of Community Services and the Department of Transportation and Public Works.

Neil was an avid reader, especially the Chronicle Herald, and any sports magazine or political commentary that came his way. He enjoyed walking, going to local sports games, country music and his beloved Toronto Maple Leafs.

He is survived by his brothers Donald (Shirley), Antigonish; Alex (Brenda), Upper South River; sister Roseanne (Bernard) Benoit, Antigonish; several nieces and nephews, grand-nieces and grand-nephews. Besides his parents he was predeceased by brother Allan Joseph and sister-in-law Beverly.

The family wishes to extend a special thank you to the physicians, teams and support staff at St. Martha's Regional Hospital who cared for him over the past few years. We also wish to thank Antigonish and Area Homemakers, the VON, and the staff of the RK MacDonald Nursing Home for their acts of kindness, excellent care and compassion shown toward our brother. We will be forever in your debt.

In lieu of flowers, donations may be made to the Canadian Cancer Society, Antigonish and Area Homemakers, St. Martha's Hospital Palliative Care Unit or the RK MacDonald Nursing Home.

Share Your Memory of
Neil
Upload Your Memory View All Memories
Be the first to upload a memory!
Share A Memory
Plant a Tree