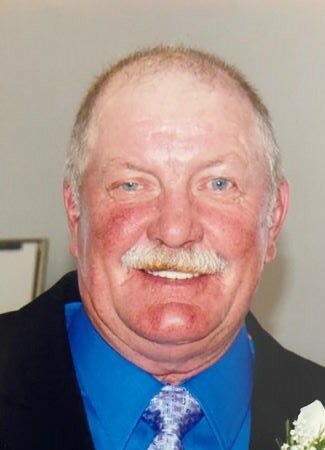 Born in Lower South River on April 19, 1946 he was a son of the late Valentine and late Rita (MacGillivray) Chisholm.

He spent 52 joyful years at the MacMillan’s Petro-Can in Lower South River. Starting at 13 years old, while still in school, Archie began his career doing a mix of changing tires and pumping gas during the evening shifts. By the end of his career, he faithfully worked the morning shift often starting at 4am and pumped everyone’s gas as they headed into work. A gift for gab, Archie thoroughly enjoyed his patrons at the gas station and made many friends while working there. Having met people all over the country and accumulating many stories, he especially enjoyed his time with the regulars, giving a big wave from the station to those who honked as they drove by. Reminiscing about his regulars, in his own words “Those are the people I am really going to miss.”

Archie had a love of sports whether he was playing hockey or baseball, or watching sports on TV. His love for the Toronto Maple Leafs and Toronto Blue Jays made sure he never missed a game on TV. In his younger years Archie was always one to play hockey and thrived on the ice while playing Rural League with his buddies. Over the years more time was spent on the ballfield playing ball or umping ball games in Heatherton for various leagues like co-ed, slow pitch, and AGR. An avid card player, a game of cards was always in his plans as he played crib with his brother-in-law Shawn at Heatherton Club 60 and then eventually at the Heatherton community centre.

Upon retirement from the Petro-Can, Archie enjoyed his time at Greenwold Manor, often spending time with his sons and daughters-in-law, grandchildren, and siblings until his cancer diagnosis early in 2022. From then on, he treasured every moment he had with his family.

Archie is best known for his quick-witted humor and lovingly sassy remarks. He will be sadly missed and fondly remembered by all who knew him.

Archie is survived by his three sons; Dale (Crystal) of St. Andrews, and their three children Devan, Dawson, and Brody; Trevor of Antigonish; and Wade (Monique) of Mount Cameron and their two children Cullan and Killian. He is also survived by his brothers Carl (Lily), Antigonish; Kelvin (Carole), Lower South River; sisters Marguerite (Bill) Benoit, Mount Cameron; Gertie McCarron, Lower South River; his Glenn family and many nieces and nephews.

In addition to his wife Wanda and his parents, he was predeceased by his father and mother-in-law, Frank and Mary, brothers-in-law Shawn Glenn, Melvin Mattie, and Greg McCarron, and sister-in-law Rhonda Glenn.

A special thank you to the health care professionals at St. Martha’s Regional Hospital, and to VON for handling Archie’s care with dignity and grace.

Cremation has taken place. Visitation will be held from 1-4 and 7-9 on Tuesday, September 13, 2022 in MacIsaac Funeral Home, 61 Pleasant St.  Funeral Mass Wednesday, September 14 at 11:00 am in Immaculate Conception Church, Heatherton, Fr. Donald MacGillivray presiding. Burial in St. Mary's Cemetery. A video recording of the funeral mass will be available at MacIsaacs.ca Wednesday afternoon. In lieu of flowers, donations may be made to Antigonish Challenger Baseball, a league of which Archie was so proud his grandson could play baseball. www.MacIsaacs.ca

Share Your Memory of
Archie
Upload Your Memory View All Memories
Be the first to upload a memory!
Share A Memory
Plant a Tree