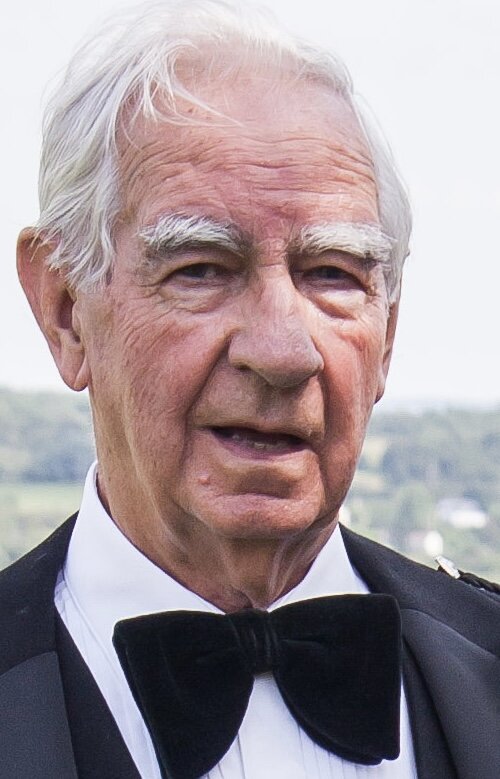 It is with great sadness that the family of Gordon Vincent Penny tell you of the death of this  gracious and kind gentleman at 91 years of age on October 1, 2022.

Gordon was born on July 3,1931 to Elizabeth (Betty) Mae MacDonald and James Bennet Penny and raised in Sylvan Valley, Antigonish.

He attended Morrison School then St.F.X.U. and graduated from TUNS with a degree in Mechanical Engineering and later from General Motors in Flint, Michigan with a diploma in Automotive Engineering.

In 1954 Gordon and Wilena Therese MacInnis were married and together they raised their family of 6 children. He taught Math and Physics at St.F.X.U. for 5 years as a professor and was then employed by Stora Enso, Point Tupper for 25 years retiring in 1990 at the age of 58. This was a very bittersweet time for him as Wilena, his wife and love died, and he had to continue life's journey without her.

Gordon then continued to pursue his life interests in cars, sailing, skiing, travel, friends and his new hobby of wine making. He was the quintessential engineer and could fix anything he put his hand to. At the age of 14, he rebuilt his 1906 Orient Buckboard car that he found in the loft of the family barn and this became his mode of transportation to and from school. He was one of the  original skiers in Antigonish, clearing and packing the ski hill “Bishop’s Bowl” (current site of Bloomfield Centre) and a founding member of Keppoch Ski Hill. He built his own sailboat in the basement of his home which he named “The Escape”. His lifelong love of travel that began with Wilena, continued with his new best friend, Toni Rovers.

“We are all simply walking each other home.” Ram Dass

Share Your Memory of
Gordon
Upload Your Memory View All Memories
Be the first to upload a memory!
Share A Memory
Plant a Tree