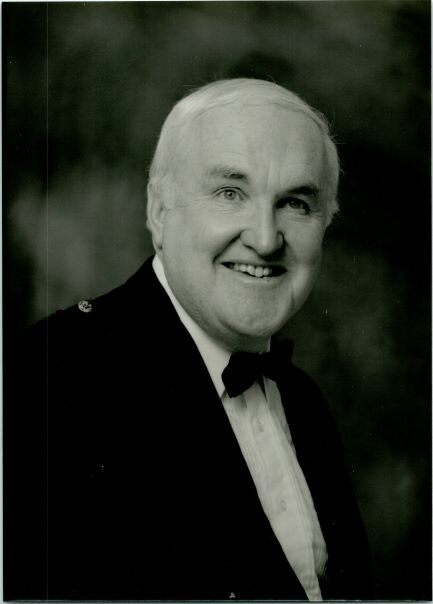 He shares five children with his ex-wife Janet Shea: Christine, Rosalyn, Heather, Iain, and Sarah. He has five grandchildren, Thea, Will, Marek, Elowyn, and Ewan. He is also survived by his sisters, Phyllis McLeod and Moira Prekel. He was predeceased by his brothers, Father Donald MacDonald, and John R. MacDonald, as well as a sister, infant Annette MacDonald.

Throughout his years he was a champion track athlete, studied classical piano since the age of three, participated in numerous choirs including St Ninian’s Cathedral, played baseball with the Jurymen, had a very soft spot for family pets, was an active member of the Antigonish Highland Society and recited the full 'Ode to the Haggis' in his best Scots dialect.

He was owner/operator for many years of the Main Street family clothing business D.D. MacDonald Ltd that was in operation for over 90 years.

He was known in the arts community for his love of performing arts as a patron and on stage in many performances at Theatre Antigonish.

The cat can now be let out of the bag that Ronnie was the secret writer for The Casket newspaper under the guise of Angus Alex Rory, writing fictional stories of the people of Antigonish, sprinkling in a wealth of knowledge he had of the rich genealogy amongst us.  Genealogy was his passion, and was often asked by people from all over the globe about their family history.

At the young age of 75 he married Myrna Chisholm, who was a blessing in his life, until her passing in 2021.

Ronnie was well known for walking into any public setting and making conversation with anyone and everyone he met along the way.  He famously broke out into song on the street or any room with great acoustics.  He will be sadly missed.

Visitation will be held from 2-4 and 7-9 pm on Monday, November 14, 2022 in MacIsaac Funeral Home, 61 Pleasant Street, Antigonish. Funeral Mass 11 am Tuesday, November 15, 2022 in St. Ninian Cathedral, Rev. Danny MacLennan presiding. Burial in St. Ninian Cemetery. In lieu of flowers, donations may be made to Canadian Mental Health Association.