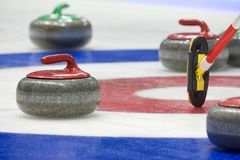 It is with great sadness that the family of David Hebb announce his passing at St. Martha’s Hospital Palliative Care Unit in Antigonish on Sunday, September 30th.  Born in Halifax to the late Dr. Peter O. Hebb and Ann (Milne) Hebb, David grew up in Dartmouth, Nova Scotia. After finishing high school he joined the RCAF and later studied engineering at St. FX and NS Tech University graduating with his degree in Electrical Engineering. David chose to take early retirement after a 39 year career that began at NS Light and Power and continued with NS Power Corporation. Relocating to Antigonish for his retirement, David and his wife, Velma, enjoyed traveling, supporting many community organizations and spending time with their family over the past 21 years. An avid curler, David joined the Highlander Curling Club in St. Andrews after moving to Antigonish and had been a member of the Dartmouth Curling Club previously. He is survived by his wife of 59 years, Velma (MacNeil); children Sandi, Peter (Diana), Karen and Courtney; grandson Michael (Sara); great grandson Tucker and his brother Michael. He was predeceased by his sisters, Catherine and Mary. A reception for family and friends to celebrate David’s life will be held at St. James United Church Hall, Main St. Antigonish at 2:30pm on Thursday, October 4th. Donations may be made to St. Martha’s Hospital Foundation.

Share Your Memory of
David
Upload Your Memory View All Memories
Be the first to upload a memory!
Share A Memory
Plant a Tree