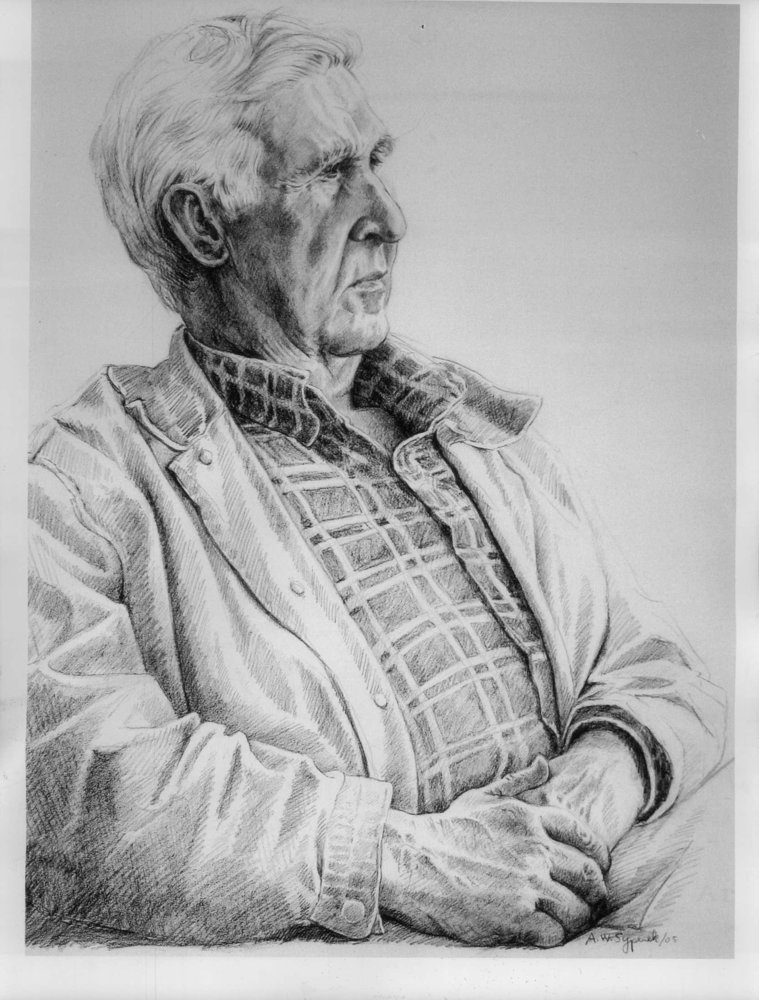 It is with sadness that we announce the passing of our Papa, Joseph Kennedy Chisholm (90), of Greenwold Manor, formerly of Harbour Center, Antigonish.

Joe passed away peacefully at St. Martha’s Regional Hospital on May 18, 2019.

Born November 30, 1928 in the Hallowell Grant (Fairmont), he was the son of William John and Annie Jane (Kennedy) Chisholm. In the spring of 1929, the Chisholm Clan moved to Harbour Center where they have homesteaded for three generations and counting.

In 1958, Joe joined his brothers in Ontario, working in the aluminum siding business. He returned to Antigonish shortly after for love.  In October 1962, he married Josephine Ann Fanning (Sydney). He drove a gravel truck for the Department of Highways until 1970, at which time he joined the Antigonish School Board as a janitor, and more notably, as driver of bus #28. He retired after 23 years of service.

Joe and Josie opened their home to several foster children over the years. Tragedy struck the family in July 1976 with the unexpected passing of Josephine.

Joe was an avid woodsman, dedicated farmer and very serious card-player. After handing down the farm to his son Kennedy, he continued to help with the livestock, hay and farm upkeep well into his late 80’s, making a comeback in the summer of 2018 to help with the raking.

Visitation will be held in MacIsaac Funeral Home, 61 Pleasant Street, Antigonish on Monday, May 20 from 2-4 and 7-9 pm. Funeral will be held on Tuesday at 11:00 am in St. Ninian’s Cathedral, with Rev. Andrew Boyd presiding. Burial will follow in the parish cemetery. In lieu of flowers the family requests donations to the St. Martha’s Hospital Palliative Care Unit or the St. Martha’s Hospital Foundation as grateful acknowledgement for the incredible care they provided Dad at this difficult time. www.MacIsaacs.ca

“Good Job Papa, Good Job” You will be missed.

Share Your Memory of
Joseph
Upload Your Memory View All Memories
Be the first to upload a memory!
Share A Memory
Plant a Tree