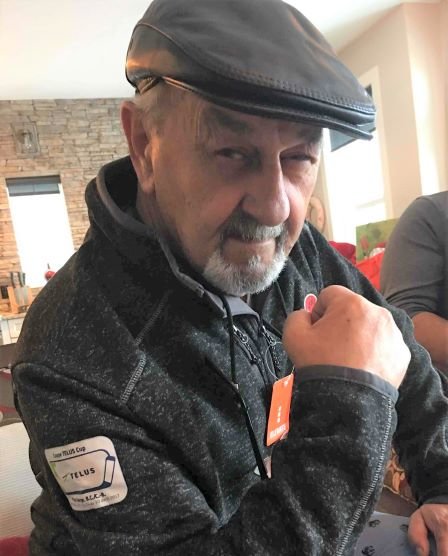 Joseph has left the building. On October 9th, 2019 Joe was reunited with the love of his life, Mabel Arsenault (Grant), who predeceased him in 2005. The family of Wilfred Joseph “Joe” Arsenault are deeply saddened to announce the passing of their father, brother, uncle, grandfather and friend after he was able to ignore and defy cancer three times previously.

Born May 2, 1947 in Antigonish, Joe was the son of the late Wilfred Francis Arsenault and Jean (Carberry) Arsenault. He is survived by his 5 siblings, Phil (Mary Margaret), Joan (late Wayne), Evangeline (late Maurice), Yvonne (Charlie) and Dianne (Benny) (late Charlie) and sister in law Theresa. He is predeceased by his sister, Rose Marie and brother Edward.

Joe is survived by his two sons, Brent (Sonja) Kamloops BC and Duane (Tara) Airdrie AB as well as his beloved grandchildren Mckenna, Jake, Carter Joe and Grayson. He will be remembered by his special niece, Lisa Tramble, whose help was invaluable during his fight with cancer. He leaves behind for his family a legacy of music, art and quiet generosity.

Joe spent his life building the family business, Arsenault Monuments, into a strong staple in the Antigonish community. Joe’s creativity and love of art lead him to pursue his passion for carving; starting Stone Carvations, where he showcased his ability to carve any design, face or idea out of stone. His sculptures can be found in gardens all over North America and abroad.

Joe will be remembered for two main ideals: music and generosity. He loved sharing his love of music with family and friends. He could often be found entertaining at gatherings; singing and playing guitar, usually with a glass of rum and a cigarillo held precariously at the end of his guitar.

Joe supported so many causes in Antigonish with a carving or donation without a second thought. Whether it was the St. Martha’s Hospital Auxiliary, local charity events or even buying a bike for a kid at Christmas, he never wanted acknowledgement.

The family would like to thank his nephew Dr. Steve Gallant, Dr. Harry Henteleff and Dr. Morzycki, the staff at St. Martha’s Regional Hospital (palliative care team), the Fabulous Five, Mom’s extended Grant family, and the many family and friends who stopped by for a visit and provided meals, rides and company during his illness.

A reception will be held on Sunday, October 13th at St. Ninian’s Place from 2 – 4 pm.  A Celebration of Life and burial will be held at later date. www.MacIsaacs.ca

Joe lived his life by his own rules and mastered the art of not being bound by worrying what others thought of him. In lieu of flowers, the family asks that you make a donation via email transfer to the Mabel Arsenault bursary fund at mabelsbursary@hotmail.com. In the words of Papa Joe, “the dog barks, but the caravan moves on.”

Share Your Memory of
Joe
Upload Your Memory View All Memories
Be the first to upload a memory!
Share A Memory
Plant a Tree