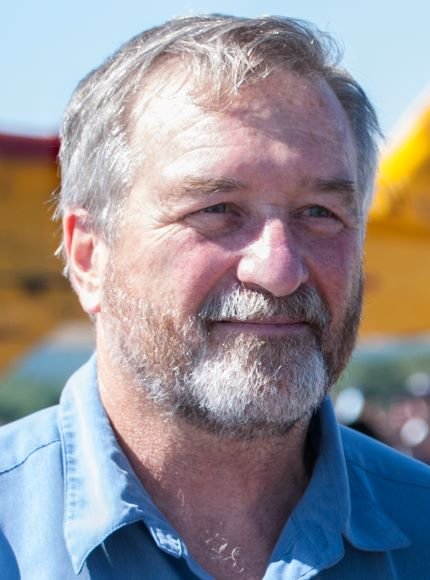 It is with great sadness that we announce the death of Francis (Frank) Xavier MacDonald. Frank passed away unexpectedly at home on May 18, 2020, as he slept peacefully after yet another active and happy day spent with his best friend and wife of 44 years, Anne Louise MacDonald.

Frank was born in Inverness, NS on April 3, 1954. He was predeceased by his parents, Ronald (Boss) Leddy and Italia Frances Vitaline (Tubetti) MacDonald and his oldest sister, Georgina (Joe) Cameron , Port Hood, NS. He is survived by his sister Maureen (John) Cameron, BC; and brothers Ronald (Carol) MacDonald, Woodstock, NB, and Daryl (Alice) MacDonald, New Waterford, NS, and many cousins and nephews and nieces.

Frank graduated from St. F. X. in 1978. It was there he met Anne Louise and they soon married afterward. Frank’s love of nature and the outdoors drew him to a long career in the freshwater fisheries field; beginning in the early 1980’s with the Dept of Fisheries and Oceans and the NS Dept of Lands and Forests. He was one of the first fisheries technicians at the Nova Scotia Department of Fisheries & Aquaculture McGowan Lake Fish Hatchery, when it opened in 1988. Frank will be most remembered for the years (1983 – 2016) he worked at the Fraser’s Mills Fish Hatchery, retiring in 2016, as Sr. Hatchery Technician. An accomplished photographer, many of his works were used by the department in promotional material. Frank considered himself fortunate to have been able to travel around Nova Scotia in the course of his work. His hatchery colleagues will remember Frank as someone who took pride in his work and who was mechanically inclined, able to put his hand to just about anything when he set his mind to it. If you have fished trout in Nova Scotia, Frank likely played a role in your catch!

Frank was an excellent photographer, covering weddings in his early days. His nature shots and views from his kayak populated social media to the almost daily delight of his followers. Frank was an avid kayaker, managing to kayak every month of the year for 10 years straight! Nothing kept him from the water, be it cold, ice, wind, rain, or the dark. Many have followed his video recorded adventures with awe and jealousy. He loved flight, and was well known and respected in the radio-controlled model plane community. He took pride in his backyard 'park'. More recently Frank added snow shoeing, cross country skiing and biking to his repertoire. Frank lived a retirement others only aspire to.

Frank’s was a gentle soul, dedicated to honouring the outdoors with his presence. Perhaps his only flaw was he never fully realized how much others truly liked and loved him. Frank was, to quote anyone who knew him: “a good guy.” He gave, didn’t take. His laugh was always genuine, and he knew that the simple things in life are what count the most. He was perfectly happy spending time with the world he loved, and with Anne Louise, his true life companion. If you walk anywhere along Antigonish Counties’ wilderness trails, or along all of its shorelines, know Frank was there before you, and smiles as you pass by.

Cremation has taken place. A small family ceremony will be recorded. Submissions by other family members who are not able to attend will be added and the memorial posted online at www.MacIsaacs.ca. Stories and comments will be greatly appreciated. In lieu of flowers, donations can be made to NS Nature Trust. www.MacIsaacs.ca

TS Elliot: "Only those who will risk going too far can possibly find out how far one can go.”

Share Your Memory of
Frank
Upload Your Memory View All Memories
Be the first to upload a memory!
Share A Memory
Plant a Tree