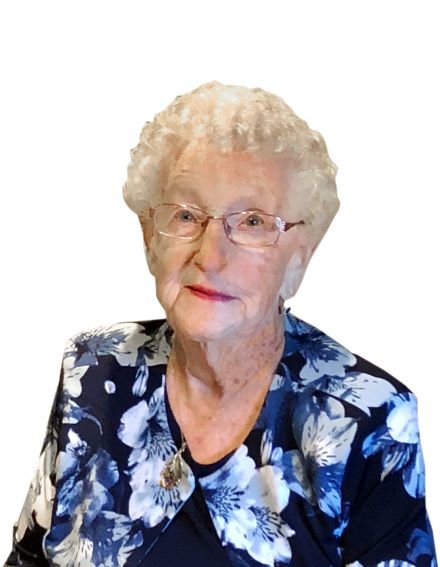 We regret to announce the death of Catherine (Kaye) Fraser of Fraser’s Grant. She passed away peacefully on June 14, 2020 in the palliative care unit of St. Martha’s Regional Hospital at the wonderful age of 98 years. Kaye was the last surviving member of her immediate family.

Born in Fraser’s Grant on January 23, 1922, she was the third oldest born to Alexander A. MacDonald and Jennie Chisholm. She earned a teaching diploma from Normal College and taught in several local schools. She taught all grades and subjects, including Latin and French.

Mom married the love of her life, John D, and they spent 49 happy years together until his death in September, 1994. They worked hard dairy farming, raising eight children and tending to sick relatives. Their home was open to all, the more the merrier, always ready to have tea and “a bite”.

Mom will be dearly missed by many. She was a woman of deep faith, who loved her family but cherished and reveled in the accomplishments and uniqueness of every grandchild.

Share Your Memory of
Kaye
Upload Your Memory View All Memories
Be the first to upload a memory!
Share A Memory
Plant a Tree