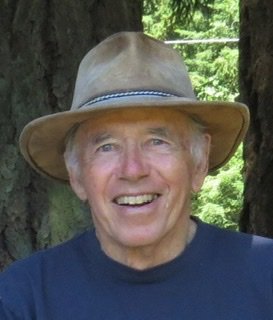 John Davies, age 87, passed away peacefully in the RK MacDonald Nursing Home in Antigonish on March 30, 2021.

John was born in Burnaby BC Aug. 5, 1933.  He lived his early life in Burnaby Central Park where his father was the Park Manager.  He became a pharmacist and owned the Central Park Pharmacy in the 50s-60s.

In 1969 he went with CUSO to be Government Pharmacist for the Government of St. Lucia. At the CUSO orientation in Antigonish he met Denise Chiasson who was a teacher in Barbados with CUSO.  On their return to Canada after exploring South America with backpacks John and Denise married in Halifax NS in June 1972. This was the beginning of 45 years of international travel, work and living and raising their family.

John received his Masters in Public Health from Colombia University in New York and enjoyed the city with his family.  Four years at the University of Hawaii resulted in a Dr. of Public Health with a specialization in Maternal and Child Healthand Social Marketing. International health projects took him to Sri Lanka, Papua New Guinea, Indonesia, Pakistan, Namibia, India, Afghanistan, Mexico and USA.

John moved to Antigonish in 2010 for his retirement with Denise and her family.

John enjoyed traveling, learning new things, hiking, gardening, reading, writing, music and storytelling. He was a supporter of the environment and climate change.  John was a loving father and husband.  He lived an enthusiastic life and continued interest in learning throughout his life.

A celebration of life ceremony will be held at a later date.

Donations may be made to the RK MacDonald Nursing Home, Saint Martha’s Regional Hospital Foundation or the David Suzuki Foundation.