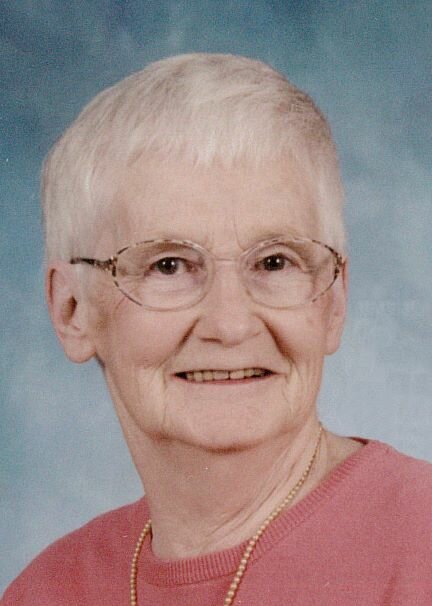 It is with great sadness that the family of Bernadette Gillis, wife of the late Gerald Gillis, Antigonish, announce her peaceful passing in St Martha’s Regional Hospital on January 20, 2022, aged 93.  Born in De Gros Marsh, PE, and raised in New Glasgow, NS, she was the daughter of the late George and Rose (MacDonald) McPhee.

Bernadette graduated from St. Martha’s School of Nursing in 1950 and married Gerry in 1951. Bernadette lived her entire married life in Antigonish, dedicating herself to raising her family, contributing to her community and as a faithful member of St Ninian’s Cathedral Parish. Bernadette was actively involved in St Ninian’s CWL, the Antigonish Heritage Society and Museum, and the Antigonish Garden Club as well as other community organizations. Her flower gardens on Hawthorne Street and vegetable garden at the Cove provided years of enjoyment to many. A talented artist, her handmade greeting cards have become family heirlooms. Bernadette and Gerry traveled widely, but for her, the best part of any trip was returning home. As a resident of Sylvan Valley apartments since 2012, Bernadette enjoyed the company of many old and new friends and became an avid card player.

A private family visitation will be held on Sunday, January 23, 2022. Funeral mass will be held at St Ninian’s Cathedral, Antigonish, on Monday January 24, 2022, at 11 am, Rev. Danny MacLennan presiding. A livestream link to the funeral mass will be available on Monday. Burial in the parish cemetery at a later date. All those who wish to pay their respects are required to follow COVID-19 Protocols, including wearing masks at all times, social distancing and providing proof of double vaccination. In lieu of flowers, donations in memory of Bernadette can be made to a charity of your choice. Online condolences: www.MacIsaacs.ca

Share Your Memory of
Bernadette
Upload Your Memory View All Memories
Be the first to upload a memory!
Share A Memory
Plant a Tree