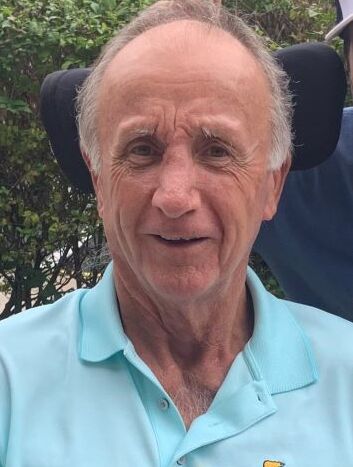 It is with profound sorrow that we the family of Wally Cooke announce his death on June 14, 2022 after a short battle with brain cancer.

Wallace Leo Cooke was born in Ingonish Centre on June 9, 1944, the fourth child of Peter and Mary (MacLean) Cooke.  He is survived by sisters, Evelyn and Mary Loyola and brother, Joseph (Rose) and was predeceased by his parents, brothers James (Jimmy) and Thomas (Tommy).

In 1967 Wally embarked  on a career as an educator from which he retired in 1996. He volunteered for many activities in the community of Antigonish where he lived and raised his family.  He was an avid golfer and skier, and enjoyed any activity that included warm sunshine, his children and friends.  A lifelong learner, Wally was an avid reader and never let a new word go unexamined.  He enjoyed completing the newspaper puzzles after starting the day with the banter of the coffee crew.

Wally is survived by his wife of 55 years, Ann (Boyd) and beloved children, Peter, Valerie, Susie (Jonathan Green), Jane and John, who will miss his wit and wisdom every day.  His four grandchildren, James, Peter, Sam and  Katie, whom he treasured, will long remember his goofy songs and his loving interest in them. He is also survived by his godson Dana as well as  other nieces and nephews (Harvey, Kathy, Chris, Adam and Colleen),

Life, however, was not without its challenges for him.  In his later years, he suffered from severe depression and addictions for which he sought help and which he fought valiantly every remaining day of his life.  Even when most distressed himself, he always reached out to and gave to and received help from others who were experiencing difficulties, whether that be in the form of a cup of coffee, a meal, shelter, or a word of encouragement or support.

In accordance with Wally’s wishes there will be no public visitation or funeral.  Those who wish to remember Wally may do so by doing a kind deed for someone in need  or donate to AA or a charity of choice.  Arrangements are under the care of MacIsaac Funeral Home.

Share Your Memory of
Wallace
Upload Your Memory View All Memories
Be the first to upload a memory!
Share A Memory
Plant a Tree