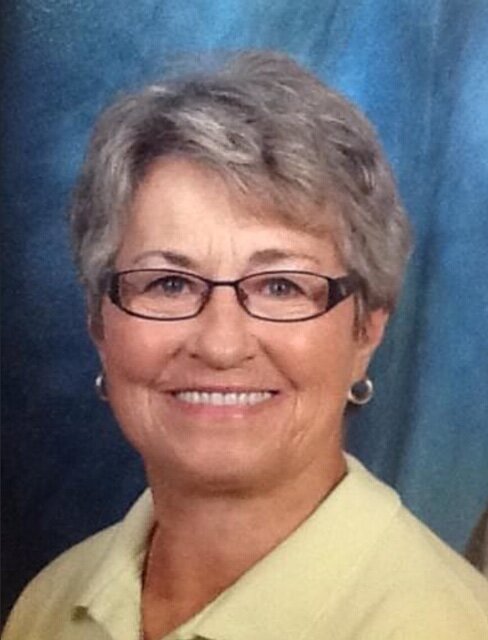 It is with profound sadness we have to let you know about the death of our wife, mother, grandmother, sister and friend, Barb MacDonald.

Barb died Tuesday, January 3, in St. Martha’s Regional Hospital, following a four year battle with ovarian cancer. We were privileged to be by her side.

A daughter of the late William and Isabel (Forbes) MacIsaac, Mom was born in Antigonish on May 2, 1946. She was the eldest of six.

At 18, she married her childhood sweetheart Donnie Wayne MacDonald. Together the newlyweds moved to Fredericton so Dad could complete his Forestry course. They welcomed their oldest child Steven while living in Fredericton.

Upon graduation, Dad accepted a job with the Department of Lands and Forests and the family of three moved back home to Antigonish. Daughter Bonnie and son Sandy completed their family.

Mom spent her life caring for others – primarily her husband and three children and through her many volunteer efforts in the community. She loved sports and was a dedicated fan of the St. F.X. women’s basketball and men’s hockey teams. However, she is probably best known as a fitness instructor, spending her entire life whipping everyone into shape, either in the pool, in the gym or at Club 60. Leading classes in senior fitness at Club 60, Mom often regaled us with impressive stories of superhuman strength, performed by those in her class, with an average age in the 80s. She may have inspired but she was equally as inspired.

She was extremely proud of her Scottish heritage, and a life’s highlight was a trip to Scotland in 2017.

Mom was a fierce protector of the underdog, the first phone call in a crisis and the family’s memory keeper. She jumped in head first, heedless of the cost to herself; in fact, she literally ran into a burning building and rescued a young university student. For this brave and selfless act, she was officially recognized as a hero (we always knew she was).

Married for 57 years, Mom and Dad have been together for 62 years. After her cancer diagnosis, Mom and Dad were inseparable. Dad took charge of her care and Mom completely relied on him. These last four years were a lesson to all honoured enough to be around them of loyalty, love and compassion.

Visitation is Friday, January 6, 2023, 2-4 p.m., and 7-9 p.m. in MacIsaac Funeral Home, 61 Pleasant Street, Antigonish. Funeral Mass will be celebrated, Saturday, January 7, 11 a.m., in St. Ninian Cathedral, with Rev. Danny MacLennan presiding. If so inclined, donations in Mom’s memory may be made to the Canadian Cancer Society or the CACL.

Share Your Memory of
Barb
Upload Your Memory View All Memories
Be the first to upload a memory!
Share A Memory
Plant a Tree